Helicopter services have also come to a halt in the area due to bad weather. 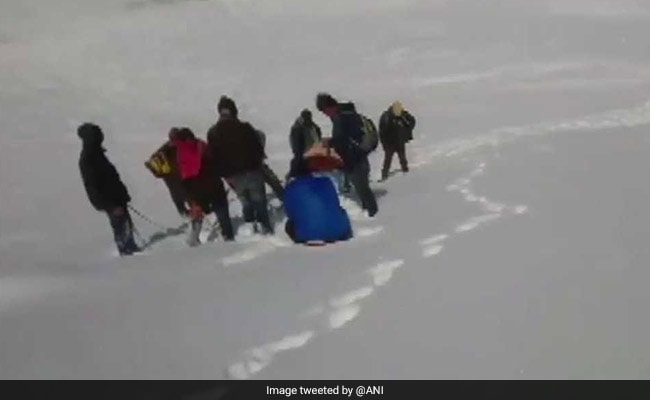 Residents of Pangmo village in Spiti carry a patient on a sleigh towards Kaza.

Following heavy snowfall in Himachal Pradesh, residents are facing massive disruptions in their everyday lives -- from blocked roads to lack of transportation and medical services.

On Tuesday, residents of Pangmo village in Spiti had to carry a patient on a sleigh for 40 km towards Kaza as the roads were closed. They made their way in knee-deep snow to reach the hospital.

Helicopter services have also come to a halt in the area due to bad weather.

The region witnesses heavy snowfall every year, which has often affected the lives of people who reside here. It also often hampers the movement of vehicles.