The Ridge and Mall Road are famous tourists spots in Shimla which receive heavy footfall during the festive season. 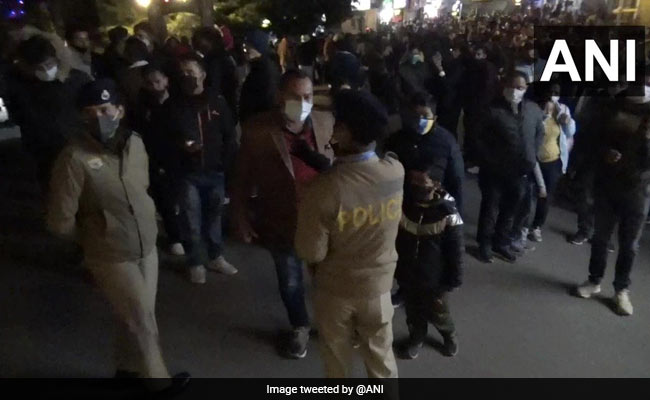 Tourists and locals gathered at the famous Ridge and the Mall Road in Shimla were asked to vacate after they received inputs from intelligence agencies about a planned bomb blast in the area by a Pakistan-based entity.

As per an official note of the Shimla Superintendent of Police (SP) office, one Pakistan-based entity was planning to carry out bomb blasts at Shimla Ridge during New Year celebrations and another location in Haryana which is yet to be identified.

"In view of these inputs, Himachal Pradesh police has been directed to keep watch over activities of anti-nation or anti-social elements and also to strengthen the checking in their perspective jurisdictions," the note read.

As per a note of the Shimla SP office, police had inputs about a planned bomb blast in the area by a Pakistan-based entity during #NewYear celebrations pic.twitter.com/URRwp6lzcv

The Ridge and Mall Road are famous tourists spots in Shimla which receive heavy footfall during the festive season.

After the inputs were received, Himachal Pradesh police started turning away tourists to their hotels. Thousands of tourists who had gathered at these locations to celebrate the New Year were left disappointed.

"We have shared the information (inputs about the planned blasts at Ridge Ground, Shimla) and instructions to stay alert with authorities at all places where people are gathering for New year celebrations," Chief Minister Jai Ram Thakur told reporters.

Unlike neighbouring Haryana, Himachal Pradesh has put no restrictions in the wake of rising Omicron cases, while heavy footfall of tourists from the last two weeks.