After reporting low voter turnout through most of the day, the poll body had reported a spurt in turnout and released provisional figures at 57.06 per cent. 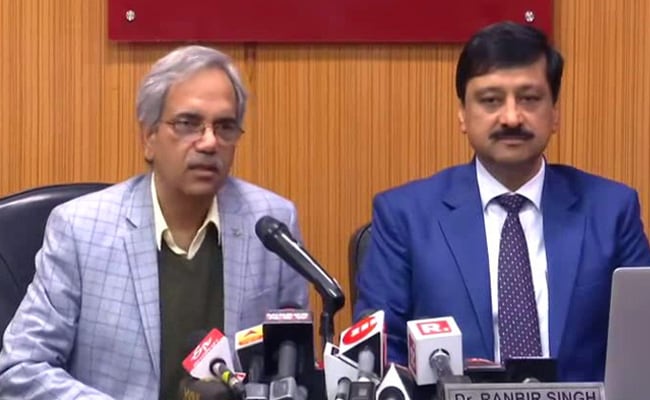 The Election Commission is addressing a press conference where it is expected to announce the final voter turnout for the Delhi election. Polling for the election took place on Saturday but the final voter count has still not been announced. After reporting low voter turnout through most of the day, the Election Commission had reported a spurt in turnout and released provisional figures at the end of voting at 57.06 per cent.

Delhi Chief Minister Arvind Kejriwal today attacked the poll body over its silence on final numbers and said it was "absolutely shocking" that the Election Commission has not released the final voter turnout. "Absolutely shocking. What is EC doing? Why are they not releasing poll turnout figures, several hours after polling?" Mr Kejriwal tweeted, while his party alleged voter fraud by tampering the Electronic Voting Machines or EVMs.

Here are the highlights of the Election Commission's press conference:

- I was expecting a good turnout. Voter turnout in Okhla stands at 58.84 per cent and that of Seelampur at 71.22 per cent.

- Multiple scrutiny of ballots led to the delay in announcing the final voter turnout. Data from 13,000 polling stations come one by one when presiding officer sends it. Then it is added. That's why it takes time. It is not uncommon and we are not late.

- On AAP MP Sanjay Singh's allegation of EVM tampering in Delhi's Babarpur, Ranbir Singh said, "There, the sector officer was assigned two places, and was issued two sets of machines. It was a remote area. He had kept one machine at one place and the other at the second place. He had to walk 700 metres. He first went to the place which was near and then he took the other machine. The official was taking the machines when some people accosted him because strong rooms were closed by then. These machines were kept in reserve and were not used for polling. The machine was then locked in a room in the presence of polling agents of two political parties. The machine was examined amid presence of all stakeholders and they were shown relevant documents. After that they were satisfied."