Prime Minister Narendra Modi has set a target to raise the share of natural gas in the country's energy mix to 15% by 2030 from about 6.2% now to cut India's carbon footprint. 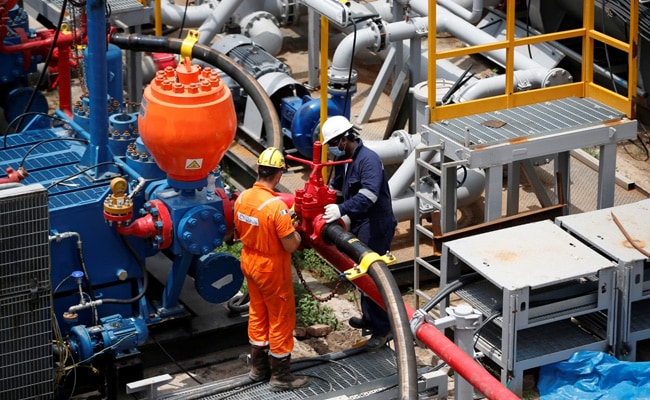 To cut its carbon footprint, the country allowed some consumers to shift to gas.

High prices threaten the country's goal to boost the use of gas in its energy mix as some industries are looking at switching back to coal and petcoke, a top bureaucrat in the union oil ministry said on Wednesday.

Prime Minister Narendra Modi has set a target to raise the share of natural gas in the country's energy mix to 15% by 2030 from about 6.2% now to cut India's carbon footprint.

In the long run, the country wants to raise the use of renewables and biofuels and had turned to the use of natural gas in the "intermediate period" despite holding vast reserves of coal, oil secretary Tarun Kapoor said at the India Energy Forum.

"Now this very high gas price has given us a message that probably we can not rely on natural gas. The rather basic question now is can we rely on imports," Mr Kapoor said

Liquefied natural gas (LNG) under long-term deals costs about $11-$12 per million British thermal units (mmBtu), versus more than $38 per mmBtu on Asia's spot gas LNG-AS market currently and a record high of over $56 hit earlier this month.

To cut its carbon footprint, the country allowed some consumers to shift to gas. Mr Kapoor said these industries might switch back to coal and petcoke due to the higher gas prices. Petcoke, short for petroleum coke, is a byproduct of the oil-refining process.

Mr Kapoor said domestic refiners should look at having long-term oil contracts of more than one year's duration with a fixed, or near to fixed, price component.

"In oil, term contract is just a one-year contract and it is not a fixed-price contract," Mr Kapoor said.

"The contract can be fixed-price or linked to some index which is not so volatile. It is just a question of reducing risk," he said.