Pi Day Google Doodle: Here's How It Was Designed

On Pi Day's 30th anniversary, Google has honoured the day by creating a pie-themed doodle as the number has a delicious sounding name. 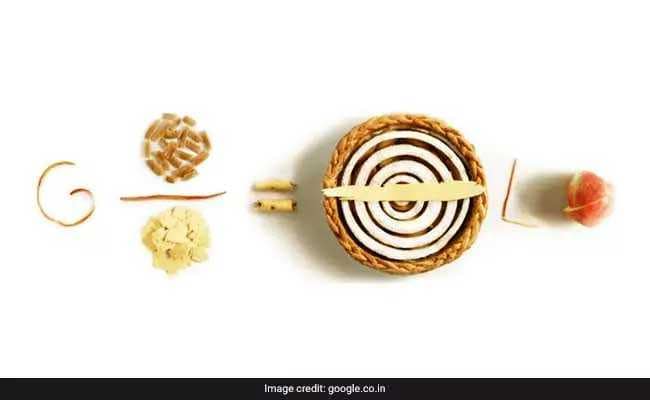 In 2010 as well, a Google Doodle was dedicated to Pi Day.

New Delhi: Pi Day is dedicated to the mathematical constant, Pi, and is celebrated every year on March 14 since 3, 1, and 4 are the first three significant digits of pi. On Pi Day's 30th anniversary, Google has honoured the day by creating a pie-themed doodle as the number has a delicious sounding name. Observers often celebrate the day with a slice of their favorite pie. Pi Day was first recognised 30 years ago in 1988 by physicist Larry Shaw at the San Francisco Exploratorium where he worked as a physicist. Today's Google Doodle has been baked and built by award-winning pastry chef and creator of the Cronut - Dominique Ansel who pays homage to the well-rounded mathematical constant by representing the pi formula (circumference divided by diameter) using pie.

Pi represents the ratio between a circle's circumference (perimeter) to its diameter (distance from side to side passing through the center), and is a fundamental element of many mathematical fields, most significantly Geometry. Though modern mathematicians have calculated more than one trillion decimal places beyond the standard "3.14," pi is an irrational number that continues on to infinity. Because its most elementary definition relates to the circle, pi is found in many formulae in trigonometry and geometry, especially those concerning circles, ellipses, and spheres.

In 2010 as well, a Google Doodle was dedicated to Pi Day.