The rain, which has been continuing since Sunday, has crippled life in the state capital. 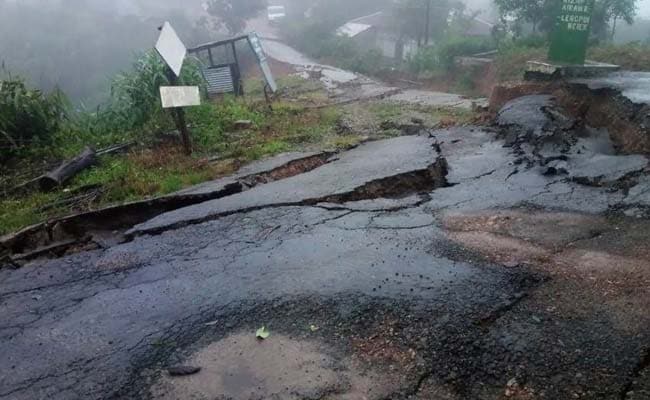 Many roads have been damaged by the rain.

Aizawl: Heavy rainfall with intermittent gusts continues to batter Mizoram causing large scale destruction in several parts of the state. The rain has triggered mudslides, which have blocked roads. There has been damage to public infrastructure in many parts. The authorities have swung into action to provide relief to the people of the state. The disaster management department of Mizoram is trying to rescue families stranded in more than 150 submerged houses in Tlabung town in Lunglei district and Sairang village, near Aizawl, as the flood water is rising.

The rain, which has been continuing since Sunday, has crippled life in the state capital, Aizawl. Many internal roads, electric cables, pavements have been damaged. The main road to Lengpui Airport, formerly National Highway 54, is blocked due to the mudslide. The authorities are trying to clear the road.

Over 1000 people have been evacuated to safer places in the two districts due to the flood, they said. 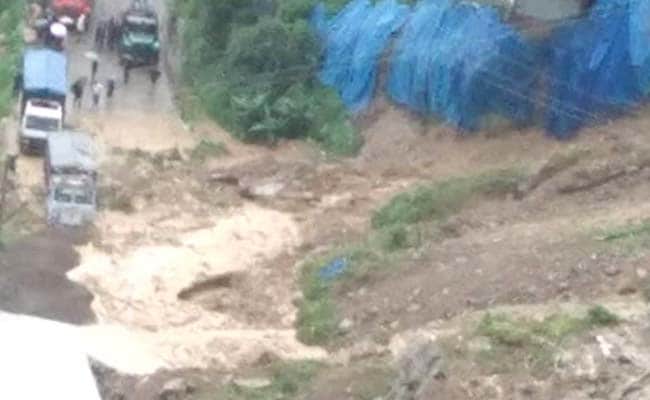 Mudslides have blocked several roads in the state.

The water level of the river continued to rise as heavy rainfall continued unabated today submerging over 100 houses in Tiperabagh and 70 houses in Serhuan village while around 30 houses were submerged in Tlabung town, they said.

Promoted
Listen to the latest songs, only on JioSaavn.com
State School Education department declared holidays for two days for all schools due to the downpour.

Huge Cache Of Weapons Seized Near Line Of Control In Kashmir