The feud between Navjot Sidhu and Punjab Chief Minister Amarinder Singh has escalated since the conclusion of Lok Sabha polls, with the Chief Minister claiming the party's failure to record positive results in urban areas was because Mr Sidhu failed to manage his portfolio properly 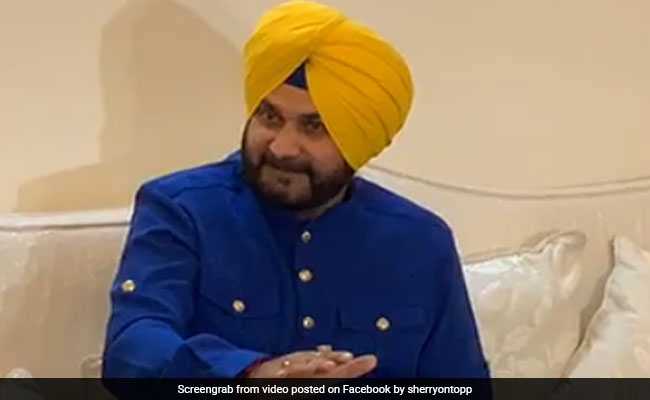 The face-off between Punjab Congress leader Navjot Singh Sidhu and Chief Minister Captain Amarinder Singh recorded another chapter on Saturday, with the cricketer-turned-politician confirming he had vacated the Chandigarh bungalow allotted to him as a state minister. "Have vacated the ministerial bungalow, handed it over to the Punjab government," Mr Sidhu posted on social media.

Mr Sidhu's rapid retreat from his allotted bungalow, which he can occupy for up to two months after he steps down, comes less than a day after Chief Minister Amarinder Singh and Punjab Governor VP Singh Badnore both accepted his resignation.

Mr Sidhu announced his intent to resign from the Punjab cabinet last month in a social media post. On July 14 he then posted a resignation letter, dated June 10, addressed to then Congress president Rahul Gandhi, and the following day sent another letter to the Chief Minister's official residence, while Mr Singh was in Delhi.

A former BJP parliamentarian from the Amritsar constituency in the state, Mr Sidhu is currently in Delhi, where he hopes to meet Priyanka Gandhi Vadra. The Congress leader travelled to Sonbhadra district in Uttar Pradesh to meet the families of 10 tribal farmers killed on Saturday in a shootout over land.

The feud between Navjot Sidhu and Chief Minister Amarinder Singh has escalated since the conclusion of Lok Sabha polls in May. The Chief Minister has claimed the party's failure to record positive results in urban areas of the state was because Mr Sidhu failed to manage his portfolio properly.

Navjot Singh Sidhu had previously held dual charge of the Tourism and Cultural Affairs and Local Governance ministries. He was stripped of both in a post-election cabinet reshuffle, and handed the Power and the New and Renewable Energy Sources posts.

A miffed Navjot Sidhu refused to take charge of his new posts. He had also accused the Chief Minister of blocking his wife Navjot Kaur Sidhu's Lok Sabha election candidature from Amritsar.

His resignation has added to the troubles brewing within the Congress, which faced a crushing defeat in the national election.

Rahul Gandhi's decision to quit as Congress chief led to a spate of resignations, including those of Congress general secretary Jyotiraditya Scindia, a close aide of Mr Gandhi, and Mumbai unit chief Milind Deora.

The party is also in turmoil in Karnataka and Goa where several party legislators have resigned.