A total of 234 cadets, as well as 19 from foreign nations, received degrees from Jawaharlal Nehru University including 41 in the Science stream, 106 in Computer Science and 68 in Arts. 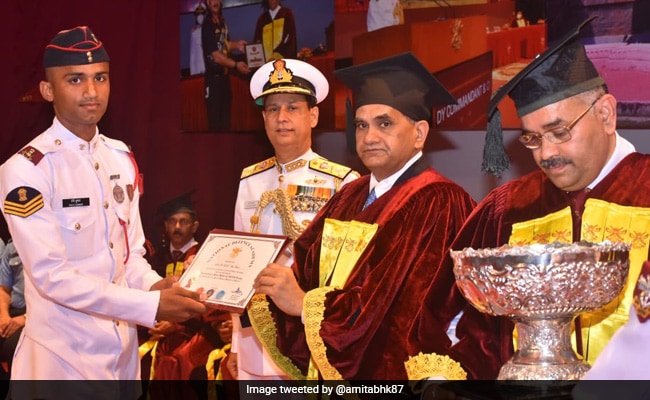 NITI Aayog CEO Amitabh Kant on Sunday told cadets at the National Defence Academy that they would have to compete with girls at the prestigious institution from the coming academic year and would need to excel to keep up with them.

Addressing the convocation ceremony of the 142nd course of the NDA in Pune, Mr Kant said he was delighted to hear that "girls will be joining the portals of this unique institution" from the upcoming academic year.

Narrating a personal anecdote, Amitabh Kant said the prestigious St. Stephen's College in Delhi was a male bastion when he studied there, while it was 88 per cent girls in the Economics Honours course by the time his daughter had taken admission, leading to a joke that boys would need grace marks to enter and ensure the institution remains a co-educational one.

"So, you will face the challenge of girls excelling, and let me tell you, all of you will have to compete with them to excel as you go along," he told the cadets.

A total of 234 cadets, as well as 19 from foreign nations, received degrees from Jawaharlal Nehru University, including 41 in the Science stream, 106 in Computer Science and 68 in Arts.