HC Awasthy was commenting on the allegations that Uttar Pradesh Police forcibly cremated the victim without the consent of her family. 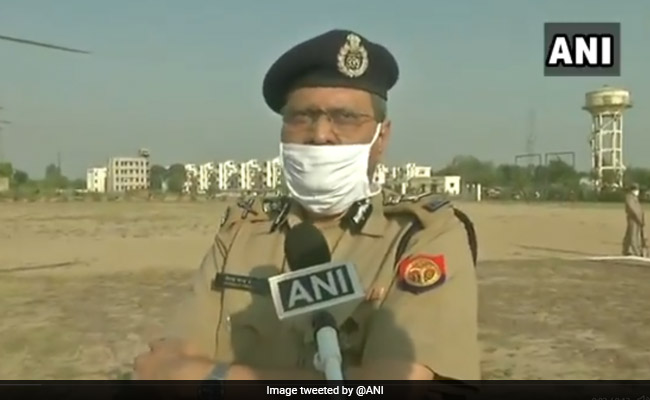 The decision to cremate the 19-year-old Hathras victim who died on Tuesday, a fortnight after she was allegedly gang-raped by four men, was taken by the local administration, said Uttar Pradesh DGP HC Awasthy on Saturday.

Mr Awasthy was commenting on the allegations that Uttar Pradesh Police forcibly cremated the victim without the consent of her family.

"I can't comment on it. The decision was taken at the local administration level," DGP HC Awasthy told ANI.

"We met the family of the victim and assured them that stringent action will be taken against the guilty. SIT is investigating the case. Statements of the family members are being recorded," ACS Home Avnish said.

Party leader Randeep Surjewala told reporters that they want justice for the victim and resignation of Chief Minister Yogi Adityanath.

The UP government has formed an SIT to probe the Hathras incident and has said that the matter will be heard in the fast track court.

The 20-year-old woman died at Delhi's Safdarjung hospital on September 29. All the four accused in the incident have been arrested.

An uproar has erupted over the incident with the opposition also raising questions over the manner in which the last rites of the victim were performed. The police has said that consent of family was taken for cremation.