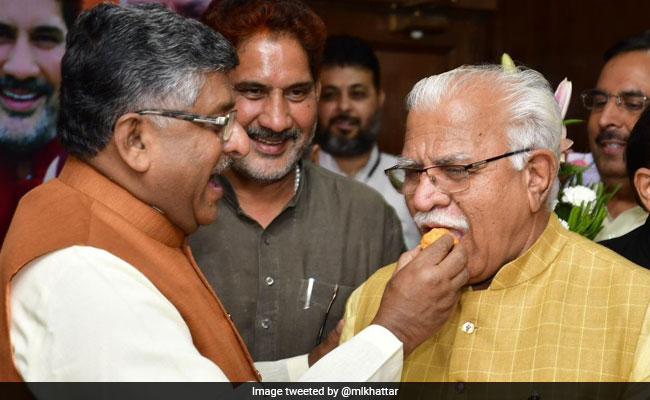 Manohar Lal Khattar was unanimously elected as the leader of BJP legislative party.

Haryana Chief Minister Manohar Lal Khattar was elected the BJP legislative party leader at a meeting in Chandigarh on Saturday. The BJP will form government in Haryana with support from Dushyant Chautala's Jannayak Janata Party (JJP), Union Home Minister and BJP chief Amit Shah had announced on Friday, a day after the state election produced a fractured result.

Eight Independent MLAs have extended their support to the BJP, with six of them meeting its working president JP Nadda. The party has 40 MLAs in the 90-member Haryana Assembly.

Here are the Highlights on BJP's legislative party meeting:

Oct 26, 2019 14:11 (IST)
"BJP Will Not Take Support From Gopal Kanda": Ravi Shankar Prasad
Union Minister Ravi Shankar Prasad has made it clear the BJP will not rely on support from controversial MLA Gopal Kanda to form the new Haryana government. News the BJP would call on the Haryana Lokhit Party MLA, in addition to seven independents, to help it cross the 46-seat majority mark in the 90-member house triggered outbursts from the opposition and even within the party, with senior leader Uma Bharti urging it to "not forget its moral foundation".
"I want to clarify one thing that the BJP is not going to take the support of Kanda," Ravi Shankar Prasad told reporters in Chandigarh today, where the party, after striking a deal with Dushyant Chautala's Jannayak Janta Party (JJP), is set to stake claim to form the government. The JJP's 10 MLAs will make any approach to Gopal Kanda, or, indeed, even the other independents, unnecessary.
On Thursday, as the counting of votes indicated a hung Assembly in Haryana, reports suggested Gopal Kanda - who has been elected from Sirsa - and another independent - had been flown to Delhi by a BJP MP for talks with the party leadership.
Oct 26, 2019 14:10 (IST)
"The new Haryana government will be stable and clean": Ravi shankar Prasad Manohar Lal Khattar was today unanimously elected as the leader of BJP legislative party ahead of his meeting with Haryana Governor Satyadeo Narain Arya during which he will stake claim to form the government. According to sources, Mr Khattar is likely to take oath tomorrow.

"We will go to meet the Governor, and request him to invite us to form the government. The new Haryana government will be stable and clean," said Union minister Ravi Shankar Prasad who along with BJP general secretary Arun Singh attended the legislative party meeting as central observers.

Oct 26, 2019 13:32 (IST)
ML Khattar After Being Appointed BJP Legislative Party Leader
I thank all newly elected MLAs, respected officials of the state and central leadership for providing leadership of the legislative party. 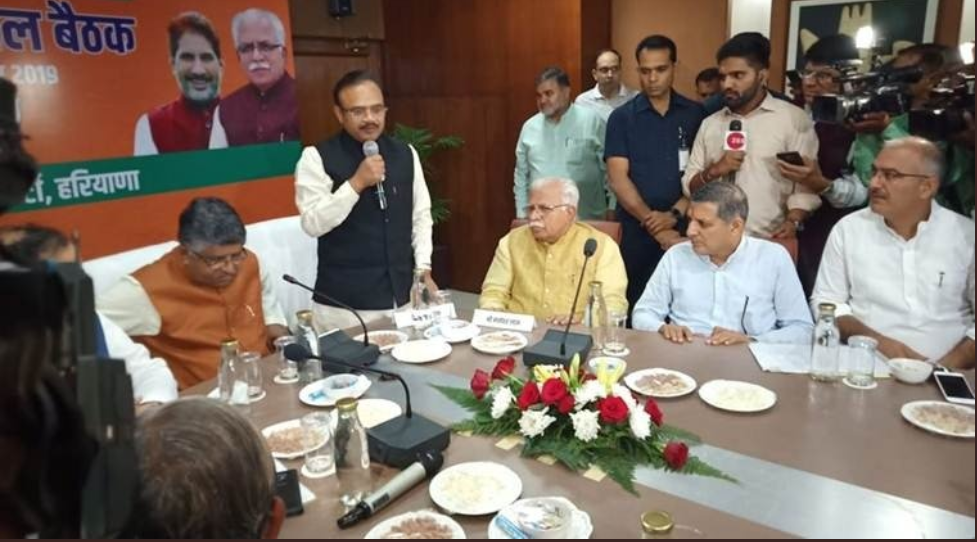 Oct 26, 2019 13:19 (IST)
BJP To Not Take Support From Gopal Kanda
The BJP will not take support from controversial MLA Gopal Kanda, minister Anil Vij said today.
Oct 26, 2019 12:45 (IST)
Ravi Shankar Prasad On Haryana Government Formation
"We will go to meet the Governor, and request him to invite us to form the government," Mr Prasad was quoted as saying by news agency ANI.
Oct 26, 2019 12:38 (IST)
Celebration in Chandigarh after Manohar Lal elected BJP's legislative party leader 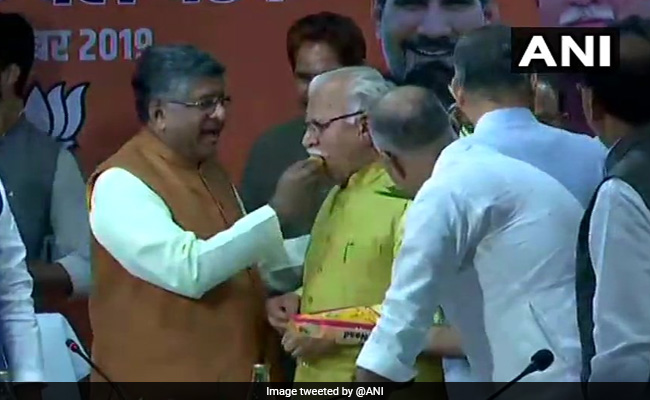 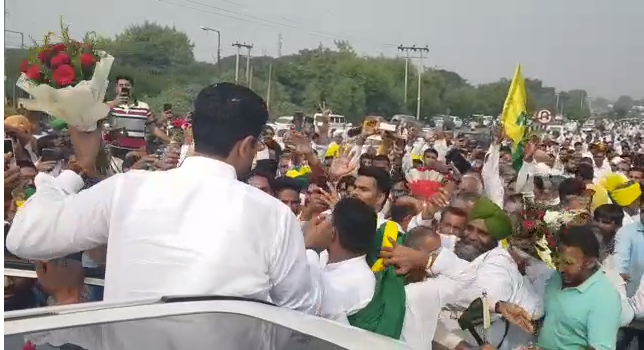 Oct 26, 2019 12:05 (IST)
Manohar Lal Khattar and Union Minister Ravi Shankar Prasad at the venue of the BJP meeting in Chandigarh 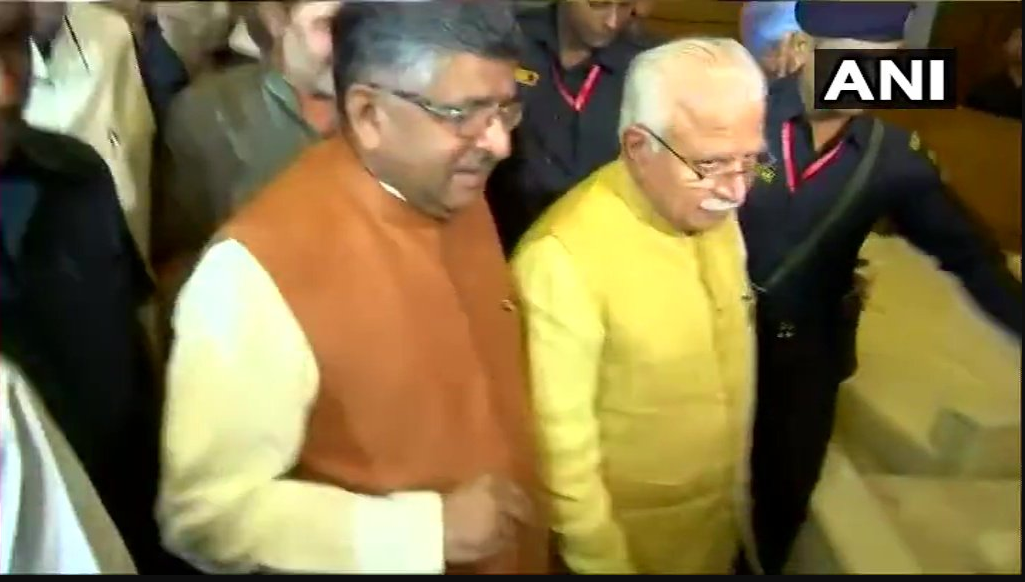 Anil Jain,BJP Haryana incharge on whether BJP will take support of Independent winning candidate Gopal Kanda: We will first hold a meeting of our legislative party shortly, after that we will decide from whom to take support. pic.twitter.com/wenTetuceQ 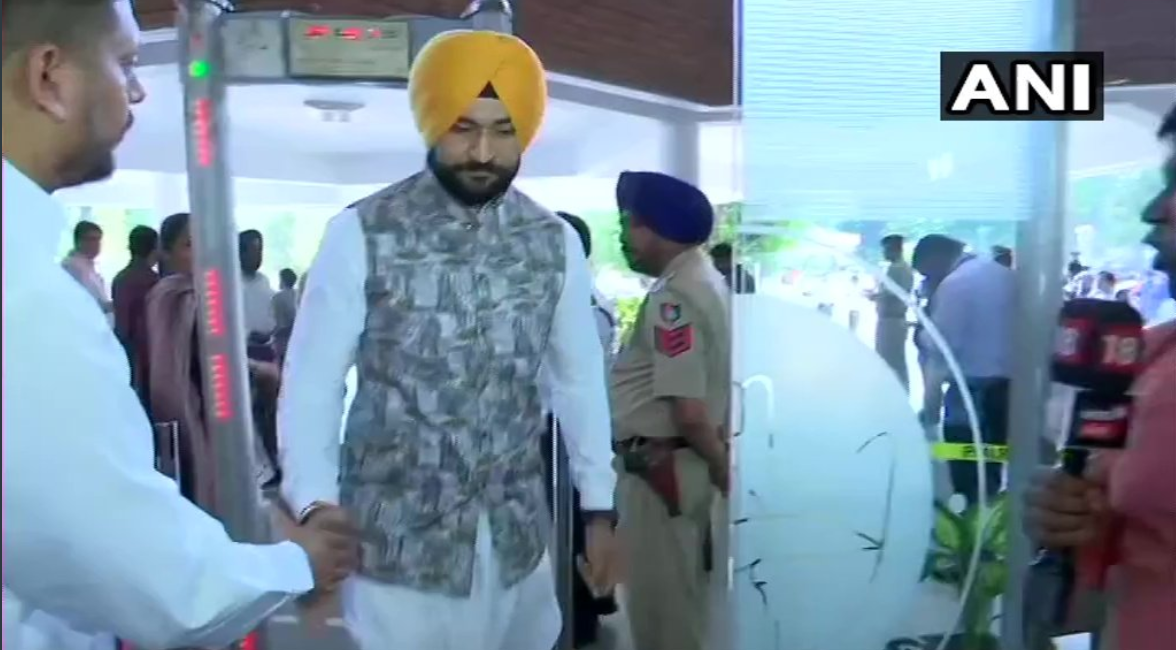 Oct 26, 2019 10:15 (IST)
BJP MLAs Begin Arriving At Meeting Venue
Party legislators have started arriving at the guest house in Chandigarh where the BJP legislative party meeting is scheduled to take place.
Oct 26, 2019 10:08 (IST)
Dushyant Chautala Likely To Be Haryana Deputy Chief Minister
BJP finally decided to team up with Dushyant Chautala whose JJP won 10 seats in Haryana. The Congress too had reportedly reached out to the 31-year-old as the votes were being counted. But as the Congress ended up with 31 of Haryana's 90 seats, it was clear that just the JJP's support will not be enough for the Congress to form government.
Oct 26, 2019 09:43 (IST)