Mr Yadav's criticisms were echoed by the Congress, which hit out after the tie-up between JJP and BJP, with Randeep Surjewala, party's chief spokesperson, sayin, "JJP-Lok Dal (INLD) were, and will always be, the BJP's B-team" 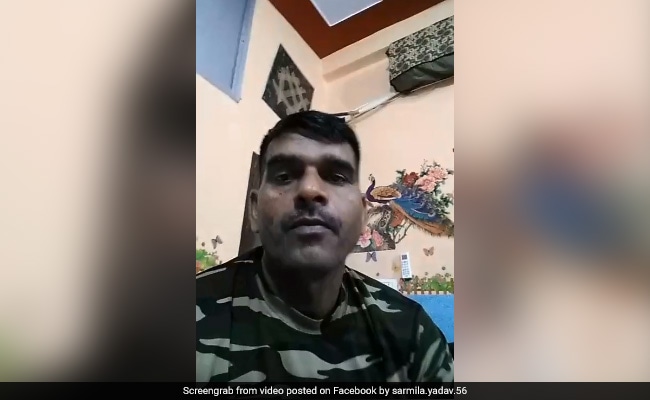 Tej Bahadur Yadav, who was sacked from the BSF in 2017, has resigned from the Jannayak Janata Party (JJP) following the party's tie-up with the BJP to form the new Haryana government. In a strongly-worded video posted on Facebook on Friday, Mr Yadav accused the JJP of being a "BJP B-team" and declared party chief Dushyant Chautala had betrayed the people of Haryana by backing the BJP despite the result of the Assembly election. "I feel I made a very big mistake in joining JJP," he said in a nearly three-minute long clip.

"Dushyant Chautala has betrayed the people of Haryana, and those who voted for him, by supporting the BJP to form the government. The people who gave the JJP 10 seats did so not because of him or the JJP name, but because of the ideals of Devi Lal (two-time Haryana Chief Minister who is Mr Chautala's great-grandfather)," Tej Bahadur Yadav said.

"So, as soon as the JJP formed an alliance with the BJP, I have quit from the party," he said.

Mr Yadav, who only joined the JJP last month, contested the election from Karnal against Manohar Lal Khattar. He finished a distant third, polling only 3,175 votes to Mr Khattar's 79,722. Tarlochan Singh of the Congress was second with 34,601 votes.

When he joined the party, the former BSF solider had praised Mr Chautala as a politician with a "clean reputation" and said his ideals were similar to those of Devi Lal. However, in Friday's video, he retracted that compliment.

"I had my suspicions. I felt that JJP was B-team of BJP. Haryana has given mandate that ousts BJP but Dushyant Chautala has supported the party that people don't want," Mr Yadav, who fought his election over issues like unemployment and corruption.

Mr Yadav's criticisms were echoed by the Congress, which hit out after news of a tie-up between the JJP and the BJP was announced. Randeep Surjewala, the party's chief spokesperson, said: "JJP-Lok Dal (INLD) were, and will always be, the BJP's B-team".

The Haryana election threw up a fractured verdict with the BJP winning only 40 seats in the 90-member house. The Congress, seemingly bereft of ideas and inspiration, surprised with 31. The JJP won 10 seats and, true to Mr Chautala's predictions on Thursday, emerged as kingmakers after the BJP secured an alliance with them on Friday, giving the party the Deputy Chief Minister's post.

Earlier this year, Mr Yadav announced his decision to contest the Lok Sabha polls, on a Samajwadi Party ticket, from Varanasi in Uttar Pradesh - which is Prime Minister Narendra Modi's seat. However, the Election Commission dismissed the nomination citing discrepancies in his papers.

Tej Bahadur Yadav, who made headlines by going public with his allegations of sub-standard food in the Border Security Force, was dismissed in April 2017. The reason cited was indiscipline, for which there is no bar.

BJP's Biggest Strength In Elections According To Prashant Kishor