Crackdown on terror finance: The government said the accused and his family have never filed any income tax returns 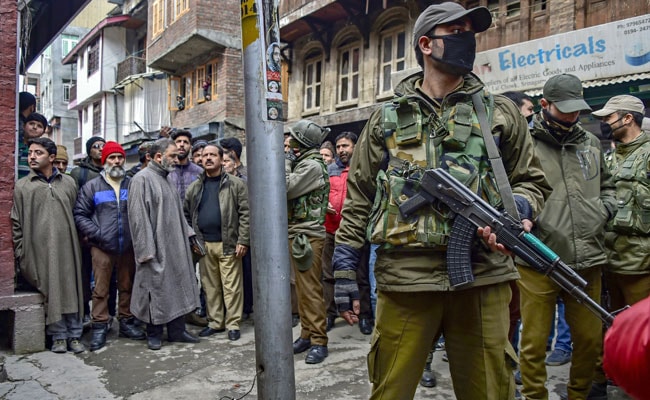 Nearly two weeks after the Pulwama suicide bombing that killed 40 CRPF soldiers, the centre stepped up efforts to block the source of terror funding in Jammu and Kashmir. In a massive crackdown today, income tax officers raided four places in Kashmir valley and three in Delhi belonging to the "head of a prominent organisation and his associates" who have been allegedly carrying out "anti-national" activities, the government said today.

"The search action has yielded credible evidence of large scale undisclosed financial transactions carried out in the business of quarrying, hotels etc," Central Board of Direct Taxes spokesperson Surabhi Ahluwalia said in a statement today.

The government did not disclose the name of the organisation or the identities of the main accused and his associates.

"During the search, clinching evidence was also unearthed of huge unaccounted expenditure having been incurred in cash on the reconstruction and remodelling of the residential premises presently being used by the tax evader's family," the statement said.

The government said the accused and his family have never filed any income tax returns, adding the evidence found during the search clearly show a deliberate attempt to evade tax.

"...Three hard disks have also been seized. The analysis of the information contained in the disks is likely to yield even more substantial evidence against the tax evader and his associates. This action is part of a concerted drive to trace illegal sources of funding that have financed the separatist elements and their activities in the Valley," Mr Ahluwalia said.

The Jammu and Kashmir administration last week withdrew security of over 20 separatists and 155 politicians, including Peoples Democratic Party (PDP) leader Wahid Parra and former bureaucrat Shah Faesal. Through this, over 1,000 police personnel and over 100 vehicles were freed to do regular police work, the state administration said.