Hapur lynching: The survivor in the attack, Samiuddin, had asked for an urgent hearing with theSupreme Court, which took up the matter today

Hapur lynching case: Mob attack on June 18 caught on cellphone videos that were in wide circulation

The Uttar Pradesh police have been asked to provide security cover for a man who survived a mob attack in Hapur, 70 km from Delhi, and provide a status report on the case. The order from the Supreme Court came today after an NDTV investigation, in which one of the accused, out on bail, bragged on hidden camera about the mob attack in which another man was killed. The court also issued notice to the government of Uttar Pradesh and directed the police chief to record the statement of the victim.

After NDTV aired the sting operation, lawyers for the survivor requested an "urgent hearing", which was accepted by Chief Justice of India Dipak Misra.

The attack - caught on camera and widely circulated on social media - showed the crowd punching and kicking Qasim Qureishi, a 45-year-old meat trader. The crowd was also seen pulling the beard of another man, Samiuddin, and shouting abuses. Qasim died soon after, Samiuddin survived the attack.

Rakesh Sisodia, the main accused, was arrested and then freed on bail days later. In a written statement to court, the man who said he had no role in the attack and wasn't present at the spot, bragged about the crime on hidden camera, saying he even accepted it before jail authorities. 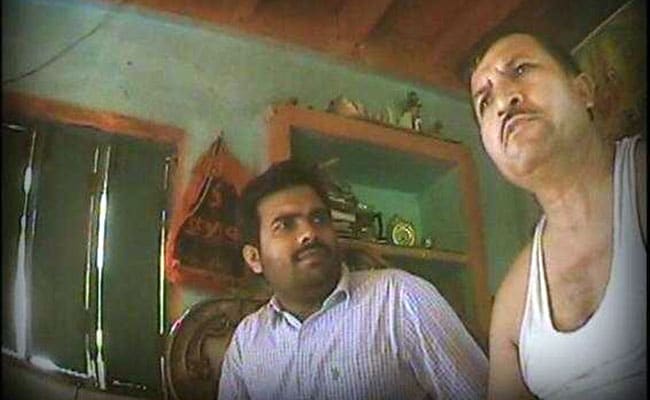 Hapur lynching case: A man accused of lynching is caught on camera bragging about the killings

In the video of the attack, bystanders can be heard asking that Qasim be given water. Referring to it, Sisodia said: "Maine kaha tujhe paani peene kaa haq nai hai, tune marti hui gaaye ko paani nai diya. Meri fauj tujhe choregi nahi tujhe ek ek minute maaregi s*** ko. (I said he has no right to drink water, he slaughtered a cow. My army will kill him by every minute)."

Samiuddin has denied allegations of cow slaughter. He said he was a farmer, with no history of cases of cow theft or slaughter. The family of Qasim, a meat trader, dealt in goats and buffaloes, according to his family.