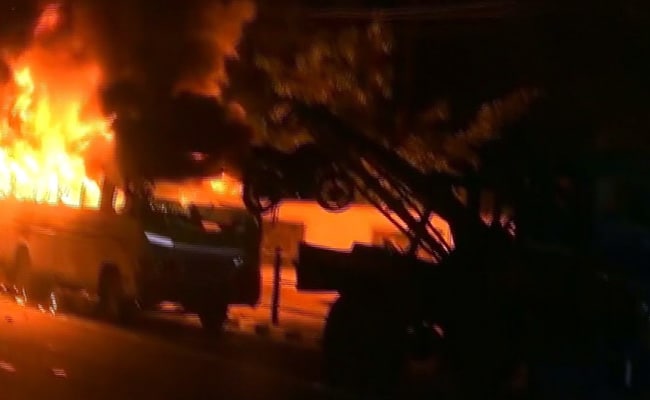 Guwahati: A curfew has been declared in Guwahati and Dibrugarh and mobile internet services have been suspended in 10 districts across Assam after violent protests broke out in parts of the state and the North East over the Citizenship (Amendment) Bill, or CAB, which cleared parliament this evening. The Indian Army has sent two columns - each consisting of 70 soldiers and one or two officers - to Tripura and two more are on standby in Assam. A Police QRT (Quick Response Team) has been dispatched to Assam's Dibrugarh district and a total of 5,000 paramilitary personnel have been deployed across the North East. The CAB has been criticised by political leaders and civil society members, including student organisations, who say the influx of refugees will lead to a loss of identity and livelihood for indigenous peoples.