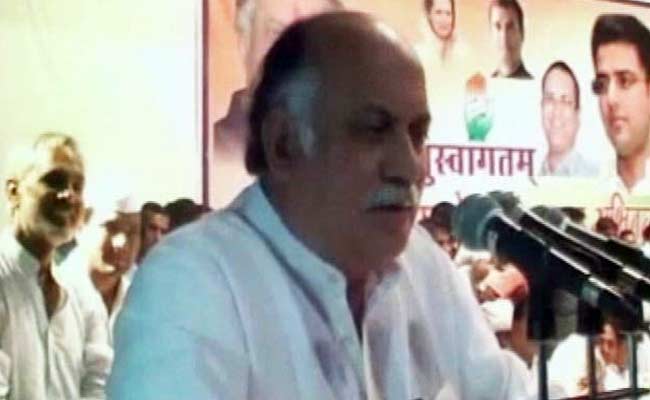 Gurudas Kamat has been with the Congress for over 44 years.

Mumbai: In a setback to the Congress, former union minister and five-time lawmaker Gurudas Kamat on Monday announced he was quitting the party and politics.

"I met Congress president (Sonia Gandhi) about 10 days ago and expressed a desire to resign. For several months now, I have felt I need to take a backseat to enable others to get the opportunity," Mr Kamat said in a statement late this evening.

With Congress for over 44 years, he said he felt the need to make way for other younger leaders.

He said besides meeting Mrs Gandhi, he wrote to her and vice president Rahul Gandhi expressing his desire to quit.

"Since there was no reply, I have formally informed that I would like to retire from politics," said Mr Kamat, who lost the Lok Sabha elections in 2014 to BJP's Kirit Somaiya.

Currently, general secretary in-charge of Rajasthan, Mr Kamat - who enjoys enormous support base among the south Indians in Mumbai - has declared he will not enter the electoral fray for either the Congress or any other party.

His abrupt decision to quit could demoralize the state party unit which is already grappling under various crises in the past couple of years since its rout in the 2014 Lok Sabha and assembly elections.

A former Mumbai Congress president for two terms, he has a deep knowledge of the city politics and his absence could prove detrimental for the party which is hoping to capture next year's critical elections to BrihanMumbai Municipal Corporation.

He had shot into headlines in July 2011 when he suddenly quit the cabinet, but took pains to cite "personal reasons" for his decision.
Comments
Gurudas KamatGurudas Kamat resigns