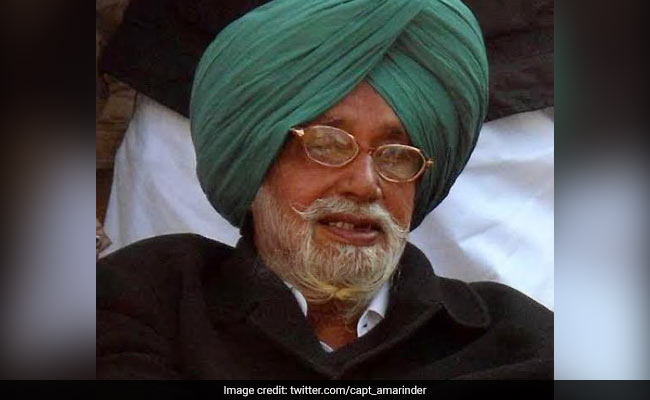 Gurdas Badal was the younger brother of Parkash Singh Badal.

He had been unwell following his wife's death in March.

"It is with great sorrow that I inform about the demise of my father S.Gurdas Singh Badal. He passed away last night at Fortis Hospital, Mohali.He was 90. His health had started deteriorating after my mother''s death in March, & he was on life support system for past few days," Manpreet Badal tweeted.

He urged people to refrain from attending the funeral ceremony because of COVID-19 pandemic.

"Keeping in view the current pandemic, we will like to request all friends and well wishers to refrain from attending the funeral ceremony which will be held in our ancestral village," he added.
Punjab Chief Minister Amarinder Singh, Shiromani Akali Dal chief Sukhbir Singh Badal and other leaders condoled the death of Badal.