Ashish Pandey's brother blamed the media for "sensationalising" the episode. 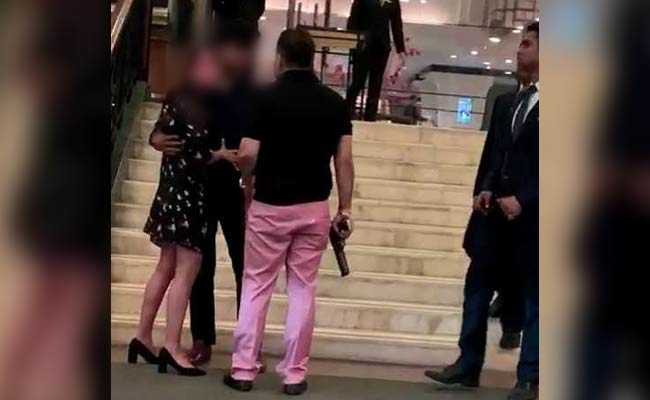 According to Gaurav Kanwar, Ashish Pandey pulled out his gun and threatened to kill him

Bahujan Samaj Party lawmaker Ritesh Pandey, whose brother Ashish was seen threatening a man and a woman with a gun at a Delhi hotel, has assured that he will cooperate with the police. In a statement issued in the evening today, Mr Pandey said, "Ashish has no previous criminal record. We (Ashish's family) are not defending him. We are trying to get him presented before the investigation".

Mr Pandey, who represents Ambedkar Nagar district's Jalalpur constituency in the Uttar Pradesh assembly, said that ever since the family heard about the incident they have been trying to get more information about what happened. "Even we want to know the truth. That is why we will cooperate with the probe," the lawmaker said.

He blamed the media for "sensationalising" the episode and "connecting" Ashish's act to the entire family.

Delhi and Uttar Pradesh police teams today raided several places looking for Ashish. The court has issued a non-bailable warrant against him. He held licenses for three firearms, which have now been suspended.

Ashish Pandey, son of former Bahujan Samaj Party member of parliament Rakesh Pandey, had pulled out his gun at the Hyatt Regency hotel on Sunday to threaten Gaurav Kanwar, son of a former Congress lawmaker.

In his statement to the Delhi police, Mr Kanwar has said that Ashish pulled out his gun and shouted, "I will kill you".

A video of the incident went viral on social media, triggering massive public outrage and prompting the Delhi police to launch a hunt for Ashish, who has since been untraceable.

"Raids have been carried out at various places associated with Ashish Pandey and we will be able to arrest him soon," said Uttar Pradesh additional director general (law and order) Anand Kumar.

The licenses have been suspended and the notice has been delivered at his address in Akbarpur Kotwali police station area, district magistrate Suresh Kumar told Press Trust of India.