Gujarat was the first to reduce the fines prescribed under the amended Motor Vehicles Act, bringing it down to as low as 10% of the actual amount for some offences. 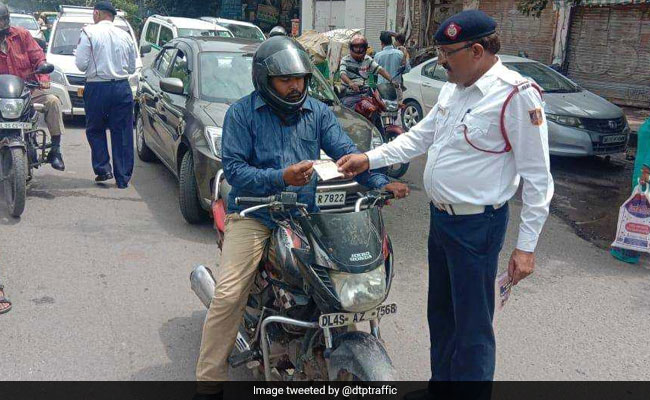 Many states have sought changes in the new traffic rules on "humanitarian" grounds.

Days after the government prescribed steep penalties for traffic offenders under an amended law, a number of states have decided to slash them in their respective jurisdictions on "humanitarian" grounds. Ironically, leading the charge are BJP-ruled states.

Gujarat's Vijay Rupani government was the first to reduce the fines prescribed under the amended Motor Vehicles Act on Tuesday, bringing it down to as low as 10% of the actual amount for some offences. Other BJP-ruled states such as Maharashtra, Goa and Karnataka came up with similar announcements soon afterwards, indicating that they may also consider making drastic changes at their end if the government did not reconsider - or at least scale down - the newly prescribed penalties that they say could become a burden on the people.

While opposition-ruled states such as Madhya Pradesh, Kerala and Delhi have also hinted at taking similar steps, West Bengal Chief Minister Mamata Banerjee has flatly rejected any possibility of the people in her state being forced to cough up such "harsh" penalties.

The Motor Vehicles (Amendment) Bill, which came into effect on September 1, made several far-reaching changes on existing traffic penalty charts. In the days that followed, an autorickshaw driver in Bhubaneswar was fined Rs 47,500 for violating several traffic rules; a truck owner from Rajasthan had to pay up Rs 1,41,000 for overloading his vehicle; and a Delhi resident - angered over being fined by a traffic policeman -took the drastic step of setting his motorcycle on fire.

On Wednesday, in a move likely to embarrass the Union government, Maharashtra's BJP-Shiv Sena coalition government termed the new penalties prescribed under the amended law as "exorbitant" and stayed its implementation. State Transport Minister Diwakar Raote also urged the centre to "reconsider and reduce" the hefty fines imposed on the people.

Goa, for its part, said that it will consider implementing the law only after fulfilling its "moral responsibility" of repairing all potholed roads in its territory. "We will enforce the amended fines from January next year," said State Transport Minister Mauvin Godinho, effectively buying the Pramod Sawant government some much-needed time.

The BJP-ruled Karnataka government has decided to take a page from the Gujarat government's handbook of traffic regulations. "The papers have reported what Gujarat has done. I will get a copy of that order and see what can be done to prevent penalties from getting too high," Chief Minister BS Yediyurappa said.

The new traffic penalties have also sent opposition-ruled states into a huddle. While the ruling Aam Aadmi Party in Delhi has decided to take a "conscious call" on the issue, the Left government in Kerala and the Congress governments Rajasthan and Madhya Pradesh are reviewing them with an eye on possible reductions.

Union Road Transport Minister Nitin Gadkari admitted that individual states have the right to slash fines at their end, but maintained that they would be responsible for any repercussions arising from such a decision. "Isn't life more important than money for the states that refuse to enforce the fines? This was done to save lives," he told NDTV in an interview on Wednesday.