Gujarat COVID-19: Night curfew is currently in place in 36 cities of Gujarat including Ahmedabad, Vadodara, Surat and Rajkot. 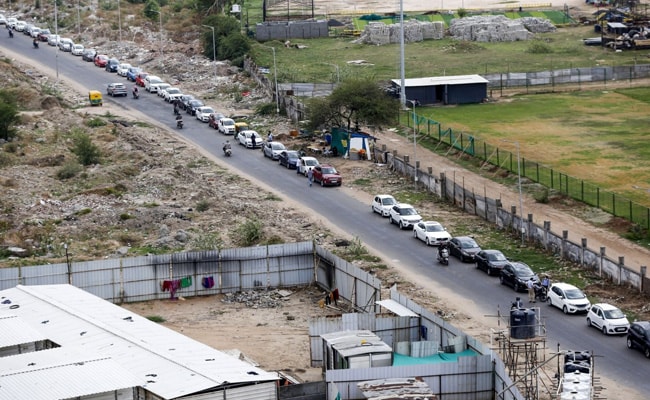 Even as Gujarat continued to see a drop in COVID-19 cases, the state government said the night curfew imposed in 36 cities will be extended till June 4.

The state government had on Wednesday decided to relax the night curfew timings by an hour, while keeping the day time restrictions in place.

As per a government release, instead of the earlier curfew timings of 8 pm to 6 am, the night restrictions on people's movement will be in place till June 4 in 36 cities between 9 pm to 6 am.

Ahmedabad, Vadodara, Surat and Rajkot are among the 36 cities where night curfew is currently in place.

Shops, shopping complexes, salons, APMCs and other commercial establishments are allowed to remain open between 9 am and 3 pm in these cities, it stated.

Restaurants can only provide take-away or home delivery services between 9 am to 9 pm in these 36 cities, the release said.

However, educational institutions, auditoriums, theatres, malls, community halls, water parks, spas, gyms, gardens and swimming pools, will remain closed in the cities, the release said, adding that these establishments were also asked to remain shut in the entire state.

As in the previous week, there will be a total ban on all kinds of religious, political and social gatherings across the state.

While places of worship will remain shut for public for another week, sports complexes and stadiums can operate without spectators, the release said.

The public transport services can function with 50 per cent capacity in the state, it was stated.