Gujarat polls: As per the police, they have impounded the car and arrested the accused persons who had Rs 75 lakh in their possession. 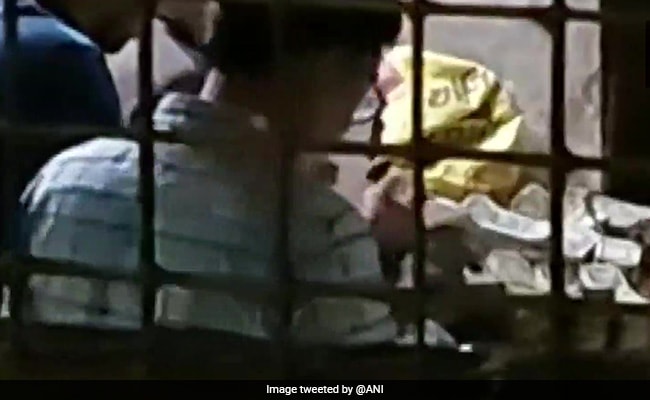 The police have also found VIP pass for the parking from the car.

The Gujarat police on Wednesday arrested two persons and seized Rs 75 lakh in cash from a car during vehicle checking in Surat.

As per the police, they have impounded the car and arrested the accused persons who had Rs 75 lakh in their possession.

This vehicle checking by the Election Commission of India and Surat Police was underway amid the security setup for checking any irregularities and any untoward incidents in the upcoming Gujarat assembly elections that are slated to be held next month.

Gujarat which has 182 assembly constituencies will go for polling in two phases on December 1 and 5. The counting of votes will occur on December 8, which coincides with Himachal Pradesh's result date.

The Deputy Commissioner of Surat Police Pinakeen Parmar said: "We recovered Rs 75 lakhs from a Mumbai-based car while the checking was underway in the wake of elections. These two persons could be arrested with the help of joint efforts of the sleuths of the Election Commission and Surat Police and the former will now decide how the investigation will take place."

He further said that the preliminary inquiry found that the recovered money belongs to a political party and the police have found posters of Congress.

Besides, the police have also found VIP pass for the parking, he said adding that they will seek help from Enforcement Directorate in this case.

Details into this matter are awaited.