Gujarat Assembly Elections 2017: Voting was held today in 89 of Gujarat's 182 constituencies spread over 19 districts in Kutch, Saurashtra and south Gujarat. The Election Commission said the tentative voting figure stood at 68 per cent.

Amid allegations by the Congress that electronic voting machines or EVMs malfunctioned in several parts of Gujarat in the first phase of assembly elections today, the Election Commission said on Saturday afternoon that about 0.5 per cent of the total ballot units and control units - which make up the EVM - had to be replaced during voting. That is about 181 ballot units and 223 control units, apart from 714 VVAPT or the voter verified paper audit trail machines.

Brushing off the Congress allegations, Union minister Arun Jaitley said, "I cannot help but say they are alibis in preparation for a possible defeat". After the voting ended at 5 pm, the minister said, "The BJP estimates that we will not only get a comfortable but a landslide win. In most places, people of all sections have supported the BJP". 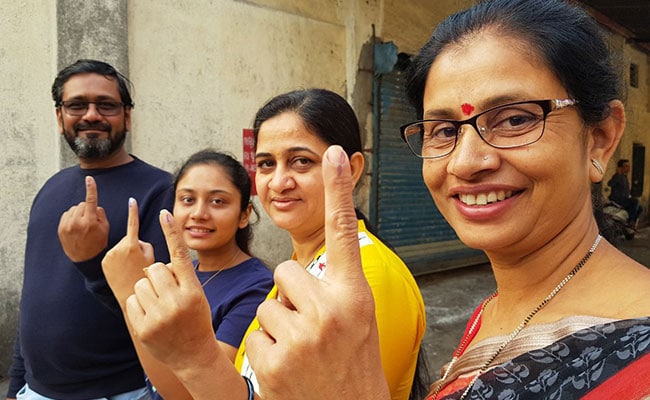 A number of faulty EVMs were reported in south Gujarat's Surat, where District Collector Mahendra Patel told NDTV, "During mock poll, 29 ballot units, 40 control units and 166 VVPATS have been replaced." A mock poll he said is conducted before actual voting starts to test the machines in front of polling agents from all political parties.

Asserting that the Congress is headed for a win in Gujarat, its senior leader Ahmed Patel said, "if there is some problem with the EVM or any mischief only then can there be a problem...Otherwise there is not a shred of doubt that Congress will win this time...Wherever there are complaints about EVMs, they should be fixed."

His colleague from the party's Gujarat unit, Shaktisinh Gohil, alleged "a conspiracy."

Finance Minister Arun Jaitley dismissed the allegations, saying, "Whenever EVMs are used, and since they are used in thousands of polling booths, then sometimes complaints come from a few booths of machines malfunctioning. And the Election Commission has arrangements, it is not as if it is happening for the first time."

Promoted
Listen to the latest songs, only on JioSaavn.com
Opposition parties have been campaigning against EVMs since earlier this year, alleging mass-scale rigging in the Uttar Pradesh and Uttarkhand, where assembly elections were swept by the BJP. Arvind Kejriwal's Aam Aadmi Party alleged EVMs were tampered with in Punjab, where his party lost to the Congress.

The Election Commission has denied the allegations, asserting that EVMs are secure and tamper-proof.