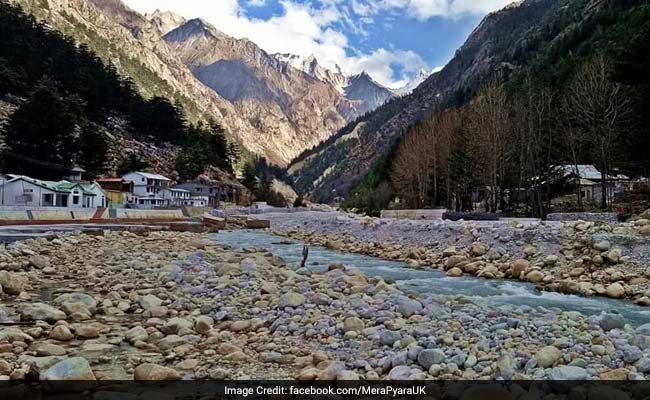 The tribunal asked the state government to spell out in writing the steps that it was going to take.

A day after the National Green Tribunal lashed out for the sloppy manner in which earth excavated during a road widening project to Gangotri was disposed, the Uttarakhand government on Thursday conceded that there were slippages and promised to take corrective action.

"We have found instances of it and are taking action," Rahul Verma, the Additional Advocate General for Uttarakhand informed the tribunal at its hearing on Thursday. The widening of the road is part of the 12,000 crore Char-Dham road widening project announced by Prime Minister Narendra Modi last year.

But the state government isn't off the hook yet. The tribunal asked the state government to spell out in writing the steps that it was going to take. The Union environment ministry and the Border Roads Organisation have been asked to respond to charges that the ongoing road widening project to Gangotri was being done recklessly.

The green court is hearing a petition filed by some people living along the 100 km stretch between Uttarkashi and Gangotri who alleged largescale illegal dumping of excavated muck including rocks and mud from the road-widening project which was being illegally dumped over the mountainside, and often into the river.

One of them was Hemant Dhyani who has been campaigning to save the fragile ecosystem in the hill state. "According to government's own records, there are at least 39 known landslides sites and zones in the stretch between Uttarkashi and Gangotri," he told NDTV. Still, bulldozers of the BRO were being allowed to illegally dump the earth down the mountainside.

'Trees and vegetation hold the mountains in place... With the vegetation destroyed, and risk of landslides will increase, said Mr Dhyani. Flash floods had killed thousands of people in the state in 2013.
Comments
Gangotri road projectNational Green TribunalChar-Dham road12000 crore