How Close Will Jupiter, Saturn Come Today In About 400 Years? See Here

Great Conjunction: The Jupiter and Saturn appear to pass each other nearly once every 20 years but what is so extraordinary about today's celestial extravaganza? Read here 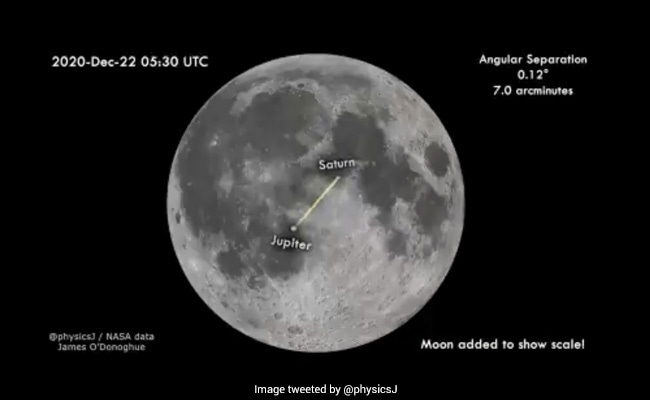 Jupiter-Saturn 'Great Conjunction': The two planets will be at 0.1 degree apart

Great Conjunction of Jupiter And Saturn: Is it the Christmas Star?

The Christmas Star, symbolizing the year-end festive spirit and the New Year celebrations, has just got more exciting. The 'Great Conjunction' of our two planetary giants, Jupiter and Saturn, that will take place today is being thought by many to be the 'Christmas Star' or the 'Star of Bethlehem'". According to the space.com, it is being suggested that the "two planets might be a replica of the legendary Star of Bethlehem". Many astronomers and scientists have tried to find out whether the 'Star of Bethlehem' really ever existed. One of the theories claim that in the year 7 B.C., Jupiter and Saturn had three conjunctions in the same constellation and that could possibly explain it. December 2020 is a month of stunning celestial events. After the Geminids meteor shower and a total Solar Eclipse, we will also witness the Ursid meteor shower around the Jupiter-Saturn conjunction. The Ursid meteor shower has been active since December 17 and will peak on December 21-22.

What makes the Jupiter-Saturn 'Great Conjunction' once in a life time event?

The Jupiter and Saturn appear to pass each other nearly once every 20 years but what is so extraordinary about Monday's celestial extravaganza? The NASA (National Aeronautics and Space Administration) says, "It's been nearly 400 years since the planets passed this close to each other in the sky, and nearly 800 years since the alignment of Saturn and Jupiter occurred at night, as it will for 2020, allowing nearly everyone around the world to witness this 'Great conjunction'".

TOMORROW Jupiter and Saturn will be at their closest separation in the sky since 1623 at 0.1° apart. Here's an animation showing exactly how close that is relative to a familiar object, the Moon! (Moon ONLY added to illustrate the scale) #GreatConjunction2020pic.twitter.com/2mvdl6KjmI

The Jupiter and Saturn will be separated by just "0.1 degrees or about one-fifth the apparent width of the Moon". 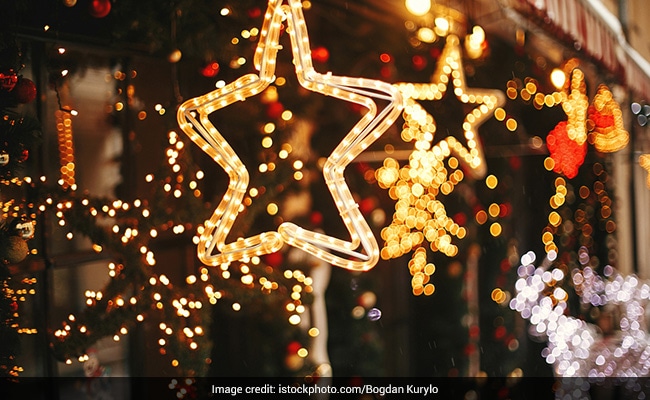 Christmas Star: According to the Biblical story, the Christmas Star guided the three wise men to the baby Jesus. It is also believed  to be a sign of hope for humanity

According to experts, the Jupiter-Saturn conjunction is symbolically also a big thing as it takes place on the night of Winter Solstice, when the Sun starts returning to the Northern Hemisphere.

The 'Christmas Star', according to the Biblical story, guided the three wise men to the baby Jesus. The Star is also believed to a sign of hope for humanity. Traditionally, people used candles symbolizing the 'Christmas Star' but now fairy lights and tiny coloured bulbs are popularly used to light up the Christmas Tree and decorate homes.