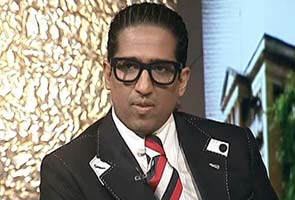 "Minister (Kapil Sibal) has asked DEITY to appeal against Gwalior court order. The order was passed without DEITY made party to it. No notice was issued and the order came to us directly without giving us an opportunity to respond. We will ask court to vacate the order and appeal against the order," an IT Ministry source said.

The Department of Electronics and Information Technology (DEITY) will appeal to the Gwalior court to vacate this order in the next hearing on February 28, the source said.

This was after the parties in the case--Google India, Google Inc and website firm Weebly Inc--did not comply with the order, the source said.

UGC in its public notice cautioning the students had said that it does not recognise (IIPM) and that it is not entitled to award degrees.

"The order is on civil matter not under Information Technology Act. It was issued to us on January 29. We waited till February 14 but parties in the case against whom the order was passed neither complied with it nor appealed against it. DEITY was left with no option but to comply with the order," the source said.

Google India's had participated in the process through its lawyer and the first notice in the case was received by its representative on May 19, 2012, the source added.

No immediate comments were received from Google and Weebly.

Promoted
Listen to the latest songs, only on JioSaavn.com
The list of web pages blocked also included news items on websites of leading media houses on IIPM.