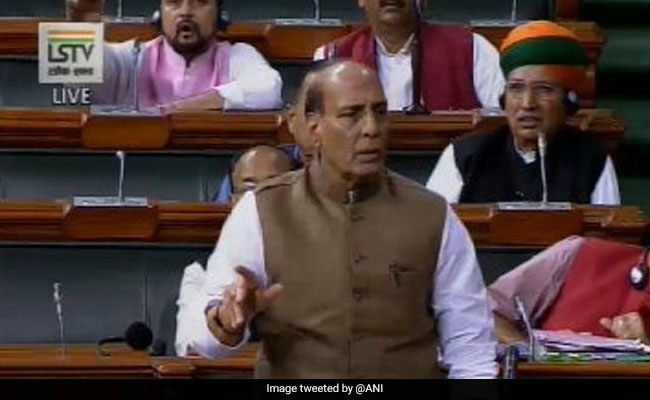 After three days of logjam over the Assam citizens' bill, parliament today saw ruckus over a plan to amend the Dalit atrocities law. The cabinet had given the green signal yesterday for the changes that would involve doing away with the safeguards placed by the Supreme Court to prevent the abuse of the law.

The court's safeguards have been a subject of controversy, with many Dalit groups seeing it as a dilution of the law that is their only protection against harassment, torture and worse.

The Congress, which has repeatedly accused the government of neglecting Dalits, farmers and economically weaker sections, questioned why the government did not take stronger action.

"Why is there no ordinance on the SC/ST Prevention of Atrocities Act? Thousands are dying every day. We request that the bill be brought in Parliament," senior Congress leader Mallikarjun Kharge said in Lok Sabha.

The Congress had shown support for the Dalit concerns about the Supreme Court order of March that stopped the immediate arrest of anyone accused under the Scheduled Castes and Tribes (Prevention of Atrocities) Act, and introduced a provision for bail.

The court said the changes were necessary to protect the innocent, pointing out that the law was being misused on certain occasions and public servants were being stopped from doing their duty.

The government was strongly criticized by Dalit groups, which accused it of failing to take prompt action and ask the court for a review of its decision.

On April 2, nearly a dozen people died as Dalit groups resorted to violence to enforce a countrywide shutdown in protests against the court order.

The government, which, by then had announced that it would file a review petition, accused the opposition parties of instigating the violence.