Gorkha Janmukti Morcha chief Bimal Gurung went underground in September 2017 after a policeman was killed in a clash allegedly with his supporters. 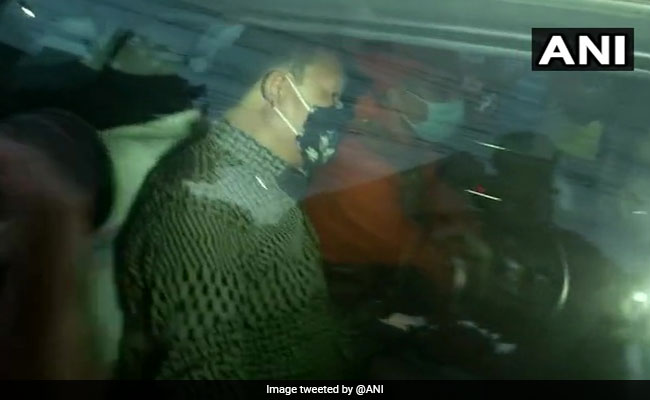 Bimal Gurung -- the leader of the statehood movement for Gorkhas in Bengal's Darjeeling hills and wanted by the state police for the last three years for violence and the murder of a policeman -- surfaced in Kolkata on Wednesday and announced a 360-degree change in political loyalty -- from the BJP to the Trinamool Congress.

"I want to see Mamata Banerjee as Chief Minister again and I will do my best to get her all the seats in North Bengal in the 2021 elections," Mr Gurung said at a press meet soon after he surfaced in the city.

"In the Three years I have been in Delhi, I have seen the BJP. They have not kept any of their promises to us. Mamata Banerjee has always kept her commitment so I want to join her in the 2021," he added.

At one of his outbursts against Mamata Banerjee during the Darjeeling agitation in 2017, Bimal Gurung had called her a "witch".

"Our demand for Gorkhaland stands and whoever finds a political solution to this political problem will have my support in 2024 elections," he added.

The chief of Gorkha Janmukti Morcha -- the organisation spearheading the Gorkhaland movement -- Bimal Gurung had gone underground in September 2017 after a policeman was killed in a clash allegedly with his supporters.

He was charged in several cases, including under the tough anti-terror law UAPA, and the Bengal police issued a lookout notice for him.

Sources said the 56-year-old was seen outside the Gorkha Bhavan guest house in Salt Lake in the outskirts of Kolkata. After sitting in a car for 30 minutes, he left when the gates of the building did not open. Though the local police were on the spot, no arrest was made.

Bimal Gurung was last seen in Delhi in January 2018, when he declared that he was ready for talks with the West Bengal government for a separate state.

His surfacing in Kolkata since the huge unrest in the hill area three years ago, could indicate a twist in politics over Darjeeling, which is represented in parliament by a BJP leader, Raju Bishta.

Bengal Chief Minister Mamata Banerjee has backed Bimal Gurung's former aide and current rival within the GJM -- Benoy Tamang. Her party has always accused the BJP of fanning what it called the "separatist movement" in the hills.

Benoy Tamang currently heads the Gorkhaland Territorial Administration, the autonomous body in charge of the administration of the Darjeeling hills. He also heads another branch of the Gorkha Janmukti Morcha, which has dialled down the Gorkhaland demand.

The Gorkhaland  movement, started by Subhash Ghising in the 1980s, flared up in 2017 after Mamata Banerjee had made Bengali compulsory in government schools. The area saw vehement protests and an indefinite shutdown that lasted more than 100 days. In October 2017, a police search party that raided a GJM hideout inside the Tukvar forest, were allegedly fired upon. Police said sub-inspector Amitabha Malik was killed and four police personnel were severely injured.

The GJM had accused the Mamata Banerjee government of attempting to brand it a militant organization and derailing its talks with the Centre.