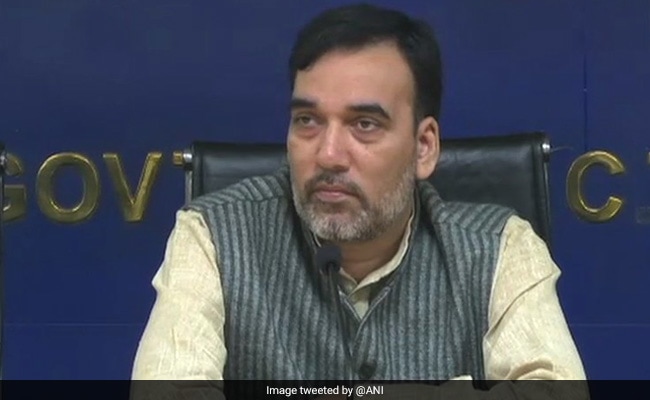 The national capital is all set to get its first smog tower by August 15, Delhi Environment Minister Gopal Rai said on Thursday, adding that its construction had been delayed due to the ongoing COVID-19 pandemic.

"Due to the COVID-19 pandemic, construction work of the tower was slowed down at Cannaught Place. We expect it to be complete by August 15. After that, we will analyse its impact. Another one is being made in Anand Vihar by Central Pollution Control Board (CPCB). If the project becomes successful then more such towers will be built in Delhi," Rai said.

He added, "In this 10-point campaign under the leadership of Chief Minister Arvind Kejriwal is the first smog tower being built in the country as a pilot project. Its purpose is to purify the air."

The tower is being built at the cost of Rs 20 crore and is manufactured by three agencies - the Indian Institute of Information Technology, Mumbai, Tata Projects Limited and the National Building Construction Corporation.

It will cover a radius of 40x40 square meters and purify 1,000 cubic meters of air per second.

"The task force which was made to curb pollution is doing working continuously. We have launched a green app in which we get complaints 24x7. The task force is continuously working to solve these problems," Rai said.

The smog tower is an attempt by the government to bring the hazardous pollution levels in the national capital under control. For the last several years, Delhi's Air Quality Index (AQI) has soared way past the recommended limit, especially in the months of September and October. Concerns have been raised about its impact on the health of Delhi's residents.