The import tax on gold and other precious metals will be raised to 12.5% from 10%, Finance minister Nirmala Sitharaman said while presenting the federal budget for the year through March 31, 2020. 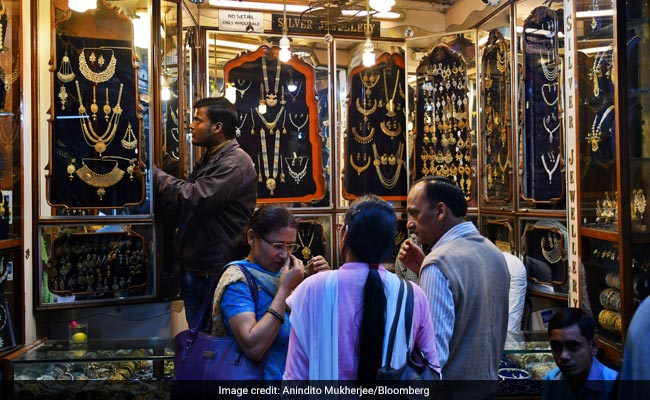 Gold tax was raised thrice in 2013 to control a record current-account deficit.

India, the world's biggest consumer of gold after China, increased the import tax on the precious metal for the first time since 2013, spurring domestic prices to a record. Shares of jewelers slumped.

The import tax on gold and other precious metals will be raised to 12.5% from 10%, Finance minister Nirmala Sitharaman said while presenting the federal budget for the year through March 31, 2020. India, which imports almost all of its gold, raised the tax thrice in 2013 to control a record current-account deficit.

India's consumption of gold has been affected by the government's efforts to curb its trade deficit and measures to discourage investors who used the metal to evade taxes. The high duties have spurred a spate of smuggling, including attempts to bring in bullion via planes and trains. Domestic prices have tracked a surge in overseas spot gold and further increases would imperil demand during the festival and peak wedding season running from August to December.

Benchmark gold futures in Mumbai rose as much as 2.6% Friday to 35,100 rupees per 10 grams ($512), while overseas gold was little changed. Shares of Titan Co., India's largest maker of branded jewelry by market value, slumped as much as 3.2%, while Tribhovandas Bhimji Zaveri Ltd. slid as much as 6.6%.

The tax increase may discourage buyers and demand in the physical market may slide by 10% this year from 760 tons in 2018, according to the All India Gems & Jewellery Domestic Council. The association will request the government to roll back the duty, Chairman Anantha Padmanaban said.

"This is very unfortunate and disappointing," Padmanaban said by phone. "We were expecting a cut in customs duty and this came as a surprise and a shock. This is going to encourage a lot of smuggling."

Here's a roundup of views from jewelers and industry groups on the tax increase: