Faye D'Souza, a well-known TV journalist, was among the speakers at the DD Kosambi Festival of Ideas organised by the Goa Art and Culture Department. 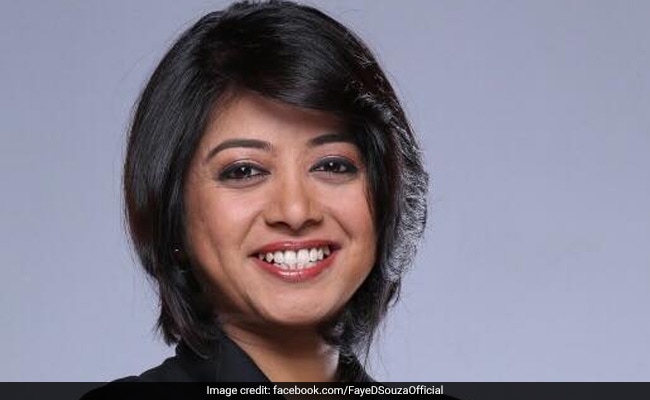 Journalist Faye D'Souza has been dropped from the list of speakers at a lecture series sponsored by the Goa government because of her stand against the Citizenship (Amendment) Act, a minister said on Saturday.

Ms D'Souza, a well-known TV journalist, was among the speakers at the DD Kosambi Festival of Ideas organised by the Goa Art and Culture Department.

Art and Culture Minister Govind Gawade told reporters that her name was omitted due to her anti-CAA stand. "She was shortlisted but we were told she speaks against the CAA. We wanted to avoid mess and chaos around the event," the minister said.

As the event is sponsored by the government, the organisers did not want any controversies around it, he added.

The lecture series would be held from January 27 to 30 at the Kala Academy in Panaji.Mr Gawade, however, denied that instructions to drop D'Souza from the speakers' list came from the office of Prime Minister Narendra Modi or Chief Minister Pramod Sawant.

"The PM and the CM have always said that they are ready for a debate on the CAA. There was no question of any instructions coming from them," the minister said to a question.

Faye D'Souza was supposed to speak at the event on January 29.