Girl Raped, Strangled In Odisha School. She Had Gone Out To Buy Biscuits

Odisha Rape: The Odisha girl has deep injuries on her head, face, neck, chest and private parts. A team of at least 13 doctors are treating her. 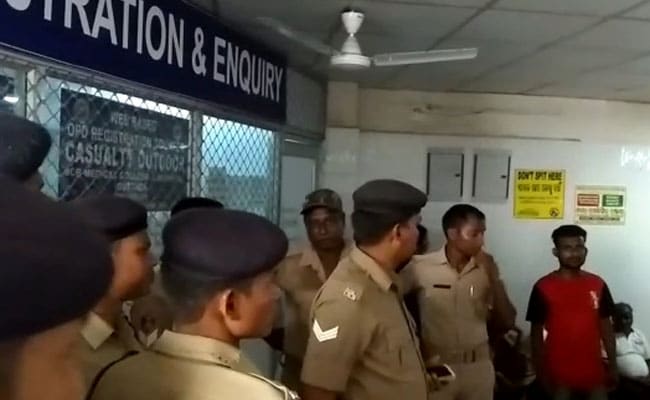 Odisha Rape: The alleged rapist left the girl in the school, presuming she was dead, police said.

Bhubaneswar: A six-year-old girl in Odisha who had gone to buy biscuits was raped, strangled and left inside a school campus in a village in Cuttack district on Saturday. The girl has multiple injuries and is admitted in a hospital. Her condition is said to be critical. A 25-year-old man was arrested on Sunday.

Police said the girl had gone to buy biscuits on Saturday. As her family waited for her to return home, there was a power cut in the village. With no sign of the girl, her worried family members and a group of villagers set out to look for her.

"After a frantic search for over an hour the girl was traced lying unconscious and without clothes in the school campus with blood oozing from her head and mouth," the police said. The alleged rapist had left her in that state presuming she was dead, police said.

The six-year-old was immediately taken to a private nursing home nearby and later moved to Cuttack's SCB Medical College and Hospital. Doctors said she has deep injuries on her head, face, neck, chest and private parts.

The alleged rapist lives in the girl's village of Jagannathpur and has been charged for rape and attempt to murder. "A case... was registered on the basis of a written complaint filed by the girl"s grandfather," police inspector DK Mallick said.

Odisha health minister Pratap Jena, who visited the girl in the hospital, said a team of at least 13 doctors from several departments are treating her.

Two other rapes were reported in Odisha over the weekend when the the centre cleared an emergency executive order to introduce death penalty for those found raping minors.

A four-year-old girl was raped allegedly by a minor, her neighbour, in a village in Odisha's Kendrapara district. Police said she was raped near the  Paika riverbed last Friday allegedly by a school boy. Sexual assault was confirmed after medical examination of both the girl and the boy.

In another case, a 30-year-old man was arrested for allegedly kidnapping and raping a Class 6 student for two days in Odisha's Kalahandi district. According to the complaint, the student had gone to her uncle's house on April 17 to attend a family function.

While returning, she was abducted by  a man named Munna Naik and taken to his house, where he kept the girl for two days and allegedly raped her. The man later abandoned the girl on the roadside on Thursday evening.

Promoted
Listen to the latest songs, only on JioSaavn.com
The girl narrated the ordeal to her family members after which a complaint was filed.

"Not Less Than Big Bungalow": Mayawati On Yogi Adityanath's Monastery