The Congress will be successful as a strong opposition party, the Shiv Sena said in an editorial in party mouthpiece "Saamana". 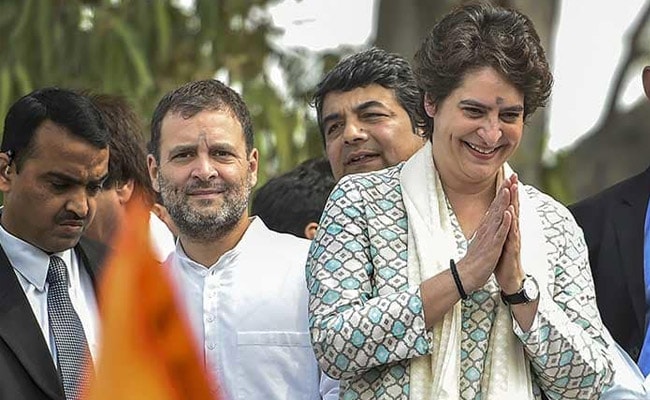 Congress will have a leader of opposition in Lok Sabha and this is Rahul Gandhi's success: Shiv Sena

The Shiv Sena on Tuesday expressed confidence that a government headed by Prime Minister Narendra Modi will be re-elected for a second term as the exit polls show a "clear trend" in the BJP-led NDA's favour.

At the same time, it also praised Congress chief Rahul Gandhi and his sister and party general secretary Priyanka Gandhi Vadra for their "hard work", saying their party will get enough seats to bag the leader of opposition''s post in the new Lok Sabha.

Elections to 542 seats of 543-member Lok Sabha ended on Sunday and counting of votes is scheduled for Thursday.

Most exit polls have forecast another term for Prime Minister Modi, with some of them projecting that the BJP-led NDA would get over 300 seats to comfortably cross the majority mark of 272 in the Lok Sabha.

"There was no need for political pundits to say the Modi government will be re-elected. The ground situation was such that people were leading the poll campaign and had made up their mind to vote Modi back to power," the Sena said in an editorial in party mouthpiece ''Saamana''.

Noting that the exit polls show a "clear trend" in favour of the Modi-led government, it said there are also predictions of the BJP having a clear lead in the Congress- ruled Rajasthan, Madhya Pradesh and Chhattisgarh, and also in West Bengal, where the Mamata Banerjee-led TMC is in power.

"In Maharashtra, the Sena-BJP alliance will register a historic win," the Marathi daily claimed.

"Modi will be the prime minister again and the Congress and other opposition parties will fail to make a mark. But, it is better to wait till May 23 for the actual results," said the Sena, which is an ally of the BJP at the Centre and in Maharashtra.

The editorial also had a word of praise for Rahul Gandhi and his sister Priyanka Gandhi Vadra.

"They worked hard. The Congress will be successful as a strong opposition party," it said.

In the last Lok Sabha elections, the BJP bagged 282 seats while the Congress managed to win only 44 seats.

In order to get the leader of opposition's post, the party concerned must have at least 10 per cent of the total strength of the House.