Traditionally, Azaan is called out five times in a day by a muezzin, who summons the faithful for mandatory worship. 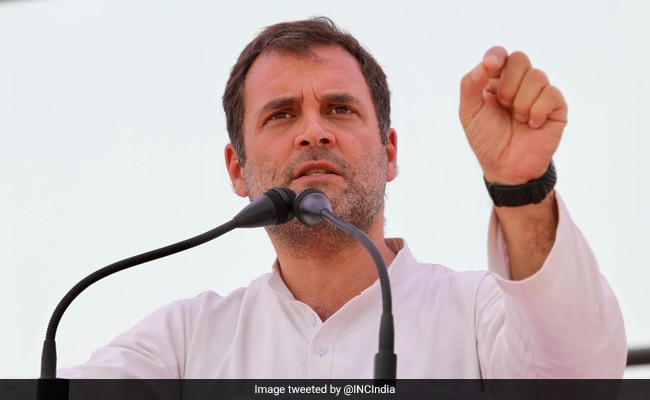 Congress chief Rahul Gandhi paused in the middle of speech during a rally at his Lok Sbaha constituency Amethi when the Azaan, the Islamic call for prayer, sounded from a nearby mosque. He stayed silent till the Azaan ended and then resumed his speech.

Traditionally, Azaan is called out five times in a day by a muezzin, who summons the faithful for prayers.

In 2016, Prime Minister Narendra Modi had also halted his speech midway near Kolkata for the Azaan to finish. "Because of me, there should not be any problem to anyone's worshiping, so I paused for a few minutes," he had said before resuming.

Two years before that, his party chief Amit Shah did the same. ""Let us stop. We don't want to give Mamata (Banerjee) any excuse," he had said, taking a dig at the chief minister, whom the BJP often accused of minority appeasement.

The Congress has faced similar accusations. In the run-up to this election, the BJP has also accused the Congress of failing to crack down on terror or give priority to national security.

At the rally, Rahul Gandhi demanded that the Prime Minister apologise to the people of the country for "doing nothing" over the in the last five years -- "be it giving the promised Rs 15 lakh or providing to the youth".

"The country wants to know why Narendra Modi did not fulfil his promises in the last five years," Mr Gandhi said.

Rahul Gandhi has been representing Amethi, his family stronghold, in the Lok Sabha since 2004. This time he also contested from Kerala's Wayanad, where polling is over. Amethi votes on May 6, in the fifth phase of the massive seven-phase exercise. The counting will be held on May 23.