Ganesh Chaturthi: An idol of Lord Ganesh was installed in the ground soon after the court order, and celebrations were held amid tight security. 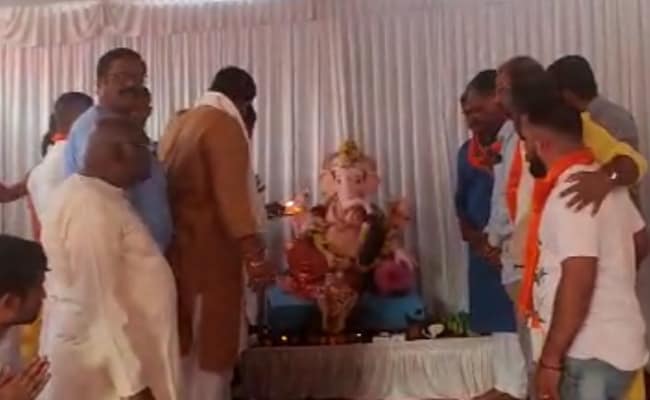 The High Court observed that the Hubballi Eidgah ground is under the Hubballi-Dharwad City Corporation.

New Delhi: Ahead of next year's assembly election in Karnataka, Ganesh Chaturthi celebrations have turned into a hot button issue after Hindu outfits were allowed to install Ganesh idols in Hubballi Eidgah grounds while being rejected for the same in Bengaluru.