Gabbar Singh in an inebriated state climbed up an electric tower in Uttar Pradesh's Firozabad.

Drunk but still with remarkable hand-eye coordination, the 30-year-old crawled Spidey style up a 140 feet electric tower this morning in Western Uttar Pradesh.

At some point, he tore off his shirt. At another, he was filmed hanging upside down. 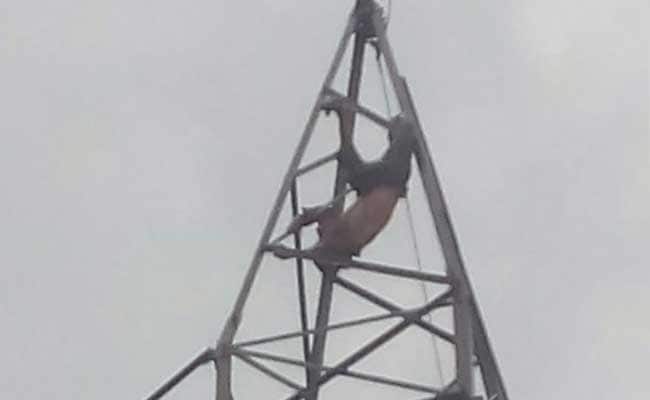 Officials in the town of Firozabad had to disable all transmission so that a group of men could clamber up the tower and bring Gabbar Singh back.

"It took us a lot of effort to rescue him. He is safe but we have referred him to a local hospital," said a senior government official

They said they found him asleep.

It took four hours to coordinate the special op.

Police say that as soon as Gabbar Singh sobers up, he may be arrested. Punishment that will presumably be aggravated by a vicious hangover.
Comments
Gabbar Singh Uttar PradeshMan climbs electric towerFirozabad electric tower