On Tuesday, the Ajinkya Rahane-led team defeated Australia in its fortress - Gabba - and clinched the series 2-1. 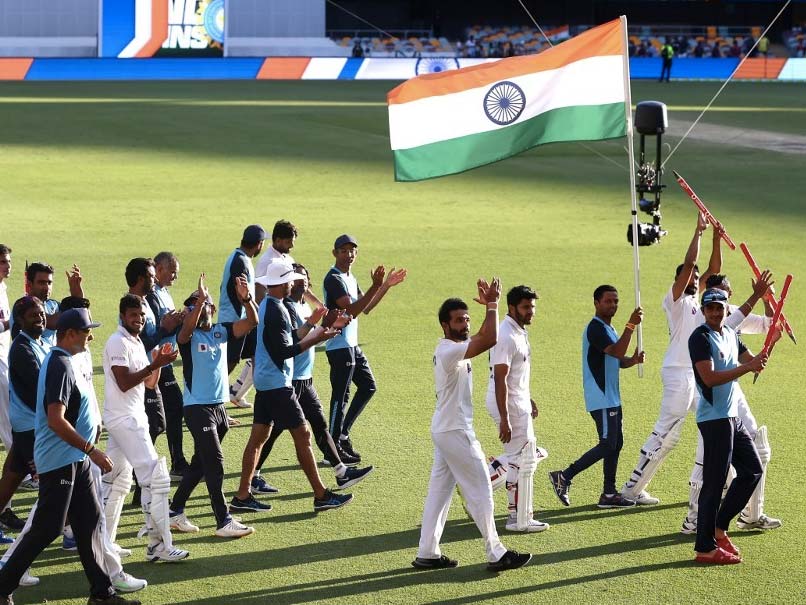 India registered a historic win in Gabba on Tuesday./

Congress chief Sonia Gandhi today congratulated the Indian cricket team for the spectacular win in Brisbane, Australia, on Tuesday as messages from across the country continue to pour in. In her letter, Ms Gandhi, 74, praised all of the players for "the strength and the grace with which each of you faced difficult conditions of quarantine and racial abuse and the fighting spirit you displayed."

On Tuesday, the Ajinkya Rahane-led team defeated Australia in its fortress - Gabba - and clinched the series 2-1. Rishabh Pant's unbeaten 89 and half-centuries from Shubman Gill and Cheteshwar Pujara helped India overhaul the 328-run target set by Australia that saw its first loss at the Brisbane Cricket Ground, commonly known as the Gabba, since 1988.

"Like millions of Indians, I am jubilant and very proud at your magnificent, heroic and historic victory at Brisbane. Your performance against incredible odds has brought glory to India and shone the international spotlight on the superb quality of Team India's players," Ms Gandhi said in her letter.

"Like millions of Indians, I am jubilant and so very proud at your magnificent,. heroic & historic victory at Brisbane."

"It has also demonstrated the discipline, the physical and mental toughness and the exemplary team spirit that resulted in the victory - and will bring many other victories in future."

"The Indian Team's performance at Brisbane where Australia has never lost a match for 30 years; the strength and the grace with which each of you faced difficult conditions of quarantine and racial abuse and the fighting spirit you displayed has won you the admiration and respect of the whole country and has brought us joy and hope and indeed, a shot in the arm that we sorely need at this particularly difficult time," the letter reads.

Minutes after the historic Gabba win, Prime Minister Narendra Modi led the nation in congratulating the team. "We are all overjoyed at the success of the Indian Cricket Team in Australia. Their remarkable energy and passion was visible throughout. So was their stellar intent, remarkable grit and determination. Congratulations to the team! Best wishes for your future endeavours," he tweeted.

Today, Cricket Australia (CA) wrote an open letter thanking the Board of Control for Cricket in India (BCCI), the Indian players and the fans for the successful completion of India's tour to Australia under strict Covid norms and bio-bubble restrictions. ""We will never forget the sacrifices made by our friends at the BCCI that made all this possible," the letter read.

13-Month-Old Found Decapitated In UP, Mother Dies Of Injuries: Police