G Parameshwara, Karnataka Deputy Chief Minister, said that Dalits are being discriminated at the government level too. 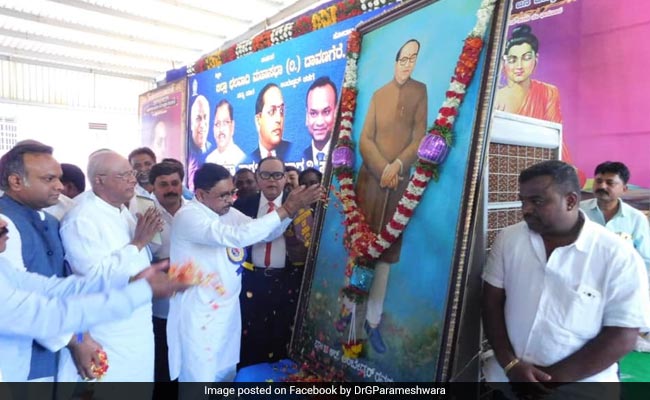 G Parameshwara said Dalits have been discriminated against in terms of promotions.

Karnataka Deputy Chief Minister G Parameshwara on Monday said Dalit leaders from the state had been denied the chief minister's position three times to favour others, alleging caste discrimination even at the highest levels of politics, government and his own party.

"Dalits are being discriminated at the government level too. Even though the reservation is facilitated, there has been injustice in promotions," the Congress leader added. The statement is seen as effort by the 67-year-old leader to endear himself to all sections of the Dalit community.

Former Chief Minister Siddaramaiah however said he did not support the opinion. "It is the Congress party which is taking care of Dalits and other neglected sections of society. I do not know in what context he made a statement like that. It is better you ask him," he told news agency ANI.

Mr Parameshwara's comment comes at a time the coalition government in Karnataka has been rocked by growing resentment within the state's Congress leaders that stems from having conceded the Chief Minister's position to HD Kumaraswamy of Janata Dal-Secular (JDS), despite being the bigger partner, with more legislators, in an effort to keep the BJP out.

It also comes ahead of a preliminary meeting between the JD(S) and the Congress to discuss seat-sharing for the upcoming Lok Sabha elections.

According to the caste census commissioned by the former Chief Minister Siddaramaiah before last year's assembly polls, Dalits form a sizeable 19.5 per cent of the Karnataka's population while other backward classes or OBCs are 16 per cent. The report, however, was not released to the public.

Dalit and OBC leaders of all the three major parties in the state have been trying to woo the section that has traditionally voted for the Congress and Mallikarjun Kharge.