Delhi Chief Minister Arvind Kejriwal asked if his government did anything wrong by providing free education and healthcare facilities to the poor. 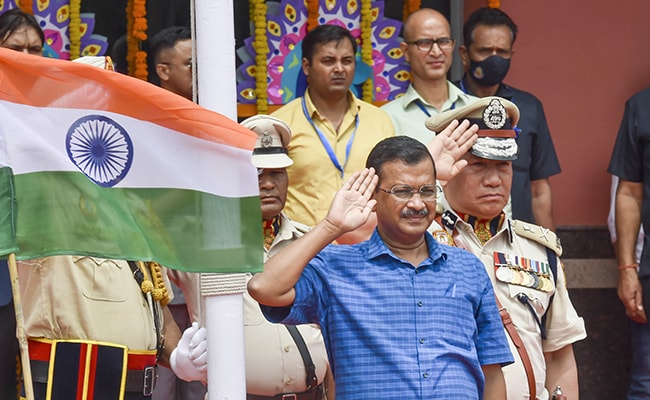 In a veiled attack on the BJP-ruled central government, Delhi Chief Minister and Aam Aadmi Party convener Arvind Kejriwal today asserted that free education and healthcare are significant for India's growth, and these welfare schemes can't be called "freebies" or "revdi".

He said that quality education can help eradicate poverty in just one generation. "A poor man's child can dream of becoming a lawyer or an engineer in Delhi because of the education revolution," Mr Kejriwal said.

Speaking at the Delhi government's Independence Day event, the Chief Minister asked if he did anything wrong by providing free education and healthcare facilities to the poor.

"We have improved the infrastructure at government hospitals and set up mohalla clinics. Everyone has access to free healthcare in Delhi. Providing good healthcare to people is not free ki revdi," he said.

Mr Kejriwal's defence of his welfare schemes came in the wake of Prime Minister Narendra Modi recently cautioning people against the "revdi culture" or distribution of freebies to get votes.

Freebies "won't deliver new airport or new medical college", PM Modi had said, adding "If you give things for free, then how can you build airports or roads?"

The centre has argued that the opposition does not appear to have a coherent strategy for long-term corrective steps -- creating employment, boosting income or improve the ease of doing business. Rather, the focus is entirely on winning elections and staying in power by promising freebies.

Last week, Arvind Kejriwal's deputy Manish Sisodia slammed the centre, accusing it of deliberately "destroying" the education system so that the common people are forced to send their children to private schools which he claimed are owned by "their friends".

"While the centre writes off "their friends'" loans worth lakhs of crores, they call welfare measures undertaken by the AAP government "freebies"," he had said.