Free Trade Agreement Is The Next Frontier In India-US Ties: Top Advocacy Group

Commerce and Industry Minister Piyush Goyal, while addressing the 4th Annual Leadership Summit of the US-India Strategic Partnership Forum, said India and the US should engage in a much bigger way and New Delhi is ready to expand the economic partnership with America. 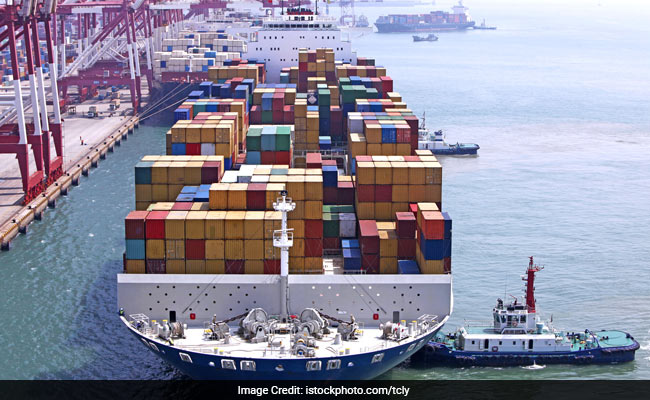 A Free Trade Agreement is the next frontier in India-US ties, business advocacy group USIBC said

A Free Trade Agreement is the next frontier in the India-US relationship, the head of a top India-centric business advocacy group has said, stressing that it is not tenable for the two largest economies of the world to not have a trade architecture in place between them, though its path is riddled with "all kinds of obstacles".

Nisha Desai Biswal, president of US-India Business Council and a former US diplomat, was speaking at a dinner hosted by Indiaspora.

"The time has come for us to get serious about where the next frontier is in US India ties. And neither for the United States, nor for India, is it tenable for two of the largest economies in the world to be outside of the TPP (Trans-Pacific Partnership) and to not have a trade architecture in place between the two of them," Nisha Desai Biswal, president of US India Business Council said.

"We are starting to see real signals of interest from India to be able to explore that. So, I think the time has come to get serious. It's not easy. It's a path riddled with all kinds of obstacles," she said.

"I've heard it described to me that trade negotiations are a knife fight in a dark alley. It's time for us to put down the knives, turn on the light, get down to business," she said in a lighter vein as she urged the powerful group of Indian Americans to engage the two governments on the issue.

Commerce and Industry Minister Piyush Goyal, while addressing the 4th Annual Leadership Summit of the US-India Strategic Partnership Forum (USISPF) on Wednesday, said that India and the US should engage in a much bigger way and New Delhi is ready and willing to expand the economic partnership with America.

He also called for setting an ambitious bilateral trade target of USD 1 trillion in the next 10 years.

On August 19, he said that hopes of an India-US trade pact are off the table for now, with the Biden administration conveying to India that it is not interested in a free trade agreement.

India's exports to the US are growing rapidly and withdrawal of export incentives by the US under GSP (Generalised System of Preferences) has not impacted the country's outbound shipments to America.

India is seeking exemption from high duties imposed by the US on some steel and aluminium products, resumption of export benefits to certain domestic products under the GSP, and greater market access for its products from sectors such as agriculture, automobile, automobile components and engineering.

On the other hand, the US wants greater market access for its farm and manufacturing products, dairy items and medical devices, apart from cut in import duties on some information and communication technology products.

In her brief remarks on the occasion, Neera Tanden, senior advisor to President Joe Biden, said it is critical to have Indian-Americans at the table, contributing, involved and engaged in helping make decisions.

"Because as many have said before now, if you are not at the table, you are on the menu. So that is why your voices are so important. Why is it that your engagement is so important, why is your role here in everything you do is so important?," she said.

"We can't just let it coast. We've got to all now work on it. The president gave us the roadmap to follow in trade and health and climate and security and, and so much more. I'm actually pretty excited about the bilateral ties and even broader on Quadrilateral ties as well," he said.

US India Business Council USIBCIndia US TiesIndia US Economic Ties