"It's a Raksha Bandhan gift to my sisters in Gujarat," PM Narendra Modi said about the homes under the Pradhan Mantri Awaas Yojana 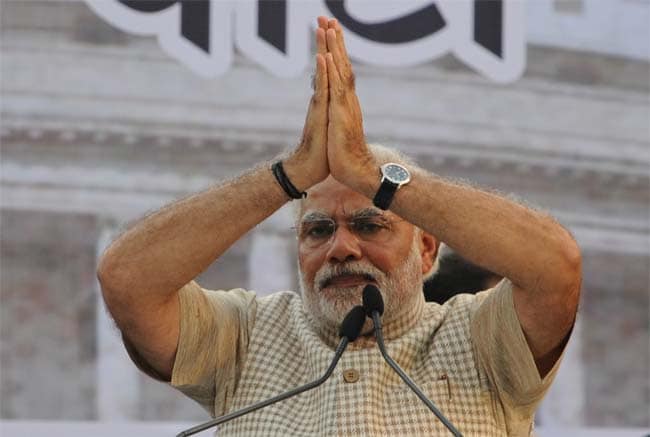 Prime Minister Narendra Modi has a Raksha Bandhan gift -- one lakh homes. At a programme in Gujarat's Valsad district today, PM Modi said the one-lakh homes give away to women under the Pradhan Mantri Awaas Yojana can be considered his gift to them.

"I got an opportunity to talk to women across the state today who got their homes under the PM Awas Yojana. It's a Raksha Bandhan gift to my sisters in Gujarat," PM Modi said at a public meeting.

At the event at Jujwa village, PM Modi also spoke on video to women across 26 districts who were given homes by the government. Over 1.15 lakh residential units have been built at a cost of Rs 1,727 crore.

"Providing over one lakh houses to them before the occasion of Raksha Bandhan is really a satisfying moment for me," PM Modi added.

He said the houses were "wonderful" because no middlemen were involved.

In November last year, the government had said it would aim to build over 50 lakh homes for the poor in rural areas across the country. The central scheme will bring social transformation in villages, the government said.

After the launch in 2016, it took a few months to complete the process of beneficiary registration, geo-tagging and account verification, the rural development ministry had said. It used Socio Economic Census of 2011 to select the beneficiaries.