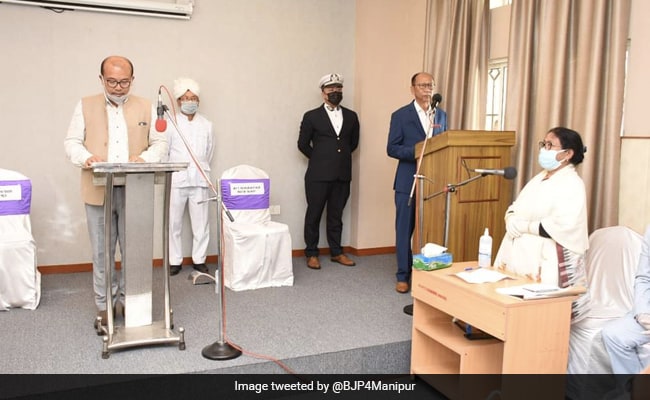 Four newly-elected legislators including three of the BJP were sworn-in as MLAs of the Manipur Legislative Assembly on Thursday, officials said.