Found Out About Son's Arrest Through Television: Notorious UP Gangster Vikas Dubey's Mother

"The kids were watching TV and I overheard his name and found out that he had been arrested," Sarla Devi told ANI. 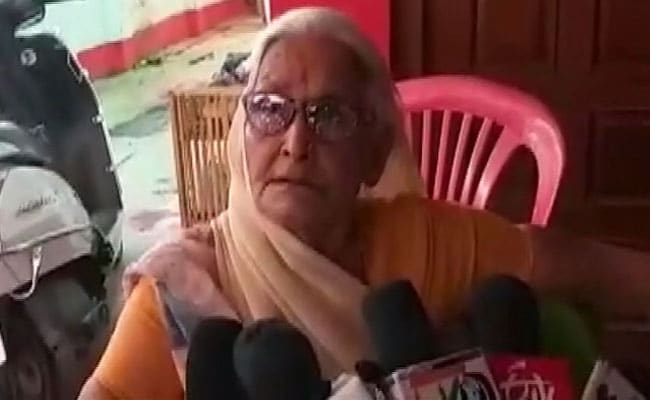 Sarla Devi, the mother of gangster Vikas Dubey, who is the main accused in the murder of eight policemen in an ambush in Kanpur, said that she found out about her son's arrest through TV reports.

"The kids were watching TV and I overheard his name and found out that he had been arrested," Sarla Devi told ANI.

She also said that his in-laws are in Madhya Pradesh and added, "He visits the Mahakal Temple every year. Lord Mahakal has saved his life."

When asked if she had an appeal for the authorities on what to do with Vikas Dubey, Sarla Devi said, "It doesn't matter what I say, the government is going to do what is appropriate."

Bahua Dubey and Prabhat Mishra, close aides of the gangster, were killed in separate encounters in Etawah and Kanpur respectively.

Shyamu Bajpai, also an aide of Vikas Dubey, was arrested by Chaubeypur police following an encounter on Wednesday. He carried a reward of Rs 25,000.