There have been reports that Mansukh Bhai Vasava has been upset about the party's lack of response on the issues he has been flagging. He has also been critical about the functioning of the state BJP. 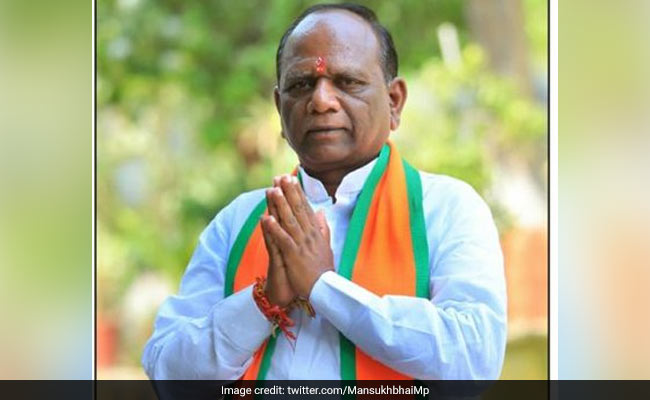 There is speculation that Mansukh Vasava's move could be pressure tactics.

Former Union minister in Prime Minister Narendra Modi's government, Mansukh Bhai Vasava, has resigned from the BJP. The six-time MP from Gujarat's Bharuch has said that he would resign from Lok Sabha during Parliament's budget session.

In a letter to the state BJP president CR Paatil, Mr Vasava said: "I have been loyal to the party. I have taken care of party's values. However, after all I am a human being. A man makes mistakes knowingly or unknowingly. I am resigning from the party so that my mistake may not cause damage to party".

"During the Budget session, I will meet the Speaker in person and hand over him my resignation from the membership of Lok Sabha. Please convey this decision to the Central leadership," he further wrote.

There is speculation that Mr Vasava's move could be pressure tactics.

There have been reports that the 56-year-old has been upset about the party's lack of response on the issues he has been flagging. He has also been critical about the functioning of the state BJP.

Lately Mr Vasava has been raising various issues related to his constituency.

Last week, Mr Vasava had written a letter to Prime Minister Narendra Modi, seeking withdrawal of a notification from the Ministry of Environment, Forest and Climate Change declaring 121 villages of Narmada district as eco-sensitive zone.

BJP state spokesperson Bharat Pandya said the party has received the resignation letter through social media, reported news agency Press Trust of India. "Paatil has spoken to him and assured him that any issue he has will be resolved. Vasava is a senior MP from Gujarat and we will resolve all his issues," PTI quoted him as saying.