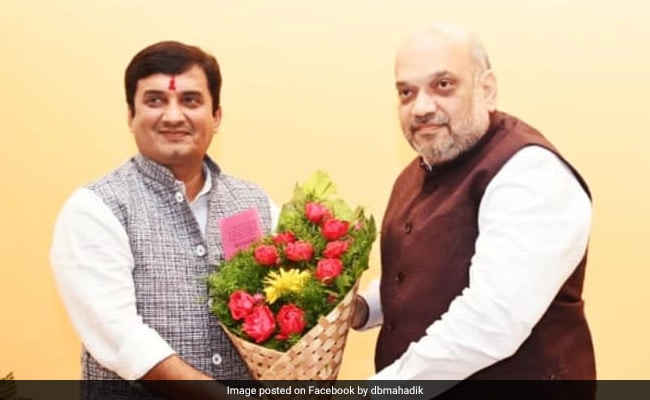 Former Nationalist Congress Party (NCP) leaders Dhananjay Mahadik and Chitra Wagh have been appointed vice presidents of the Maharashtra BJP. Both the leaders had recently joined the ruling party.

The appointments were made by Maharashtra BJP chief Chandrakant Patil on Thursday, a statement from the party said.

Dhananjay Mahadik was NCP MP from Kolhapur. He lost the seat in the 2019 Lok Sabha elections.

Chitra Wagh was chief of the NCP's women's wing in before switching parties.

Apart from giving party positions to the two leaders, Chandrakant Patil also formed region-wise committees "to create awareness among people regarding the scrapping of Jammu and Kashmir's special status.