Eknath Khadse Hits Out At Political Detractors Over "False" Allegation

Eknath Khadse was forced to resign after allegations of land grab surfaced against him, and was never reinstated. 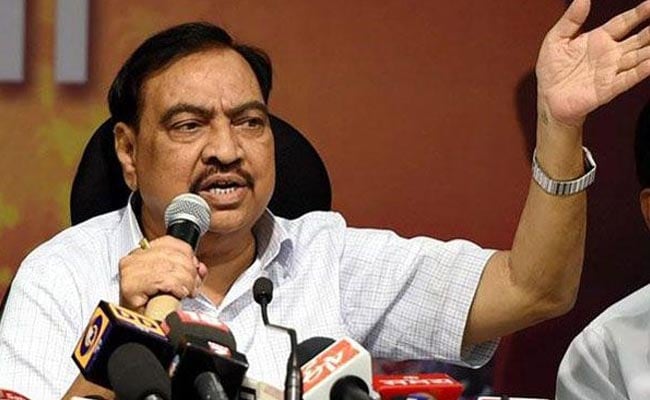 Eknath Khadse was forced to resign after allegations of land grab surfaced against him.

Former Maharashtra minister Eknath Khadse Tuesday turned emotional in the Legislative Assembly while taking a swipe at his political detractors for raising "false" allegations of land grab against him in which he has received a "clean chit".

Mr Khadse was forced to resign after allegations of land grab surfaced against him, and was never reinstated.

On the last day of the monsoon session Tuesday, the senior BJP leader lamented that those who had levelled the allegations against him got away without tendering apology or receiving punishment.

"I have never lost a single election in so many years but someone, not even an elected public representative, levelled allegations and next day I was out of the state cabinet.

"Because my government is transparent, I had resigned from my post and faced probe but not a single allegation against me proved true. However, none of the people who levelled several allegations was ever punished or made to apologise for ruining my career," Mr Khadse said.

"How appropriate is it for someone to ruin a long-standing public life of a politician over false allegations and get away with it," he asked.

The former minister had faced an allegation of having a telephonic conversation with wife of Dawood Ibrahim. It was also alleged that his son-in-law was illegally using a converted car and that Mr Khadse's PA had demanded a hefty bribe for Bhosari MIDC land deal.

"Not a single allegation was proved so far but I did not even receive a single apology from those who levelled it. I feel agonised as there has been no action against such people," he said.