Satvinder Rana, a two-time legislator from Rajound constituency, was arrested on Wednesday night from the MLA hostel in Chandigarh. 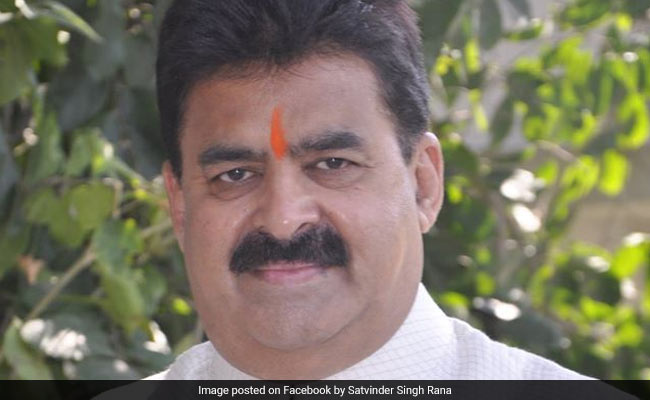 Former Haryana MLA Satvinder Rana has been arrested by the state police for his alleged role in the theft of liquor from a sealed godown in Samalkha in Panipat district, a senior police official said on Thursday.

Satvinder Rana, a two-time legislator from Rajound constituency, was arrested on Wednesday night from the MLA hostel in Chandigarh. He has been sent to two days of police remand.

Karnal Range IG, Bharti Arora said that a liquor godown was sealed by the Excise Department in 2016.

"A case of theft at the godown was registered last month," she told PTI over phone.

Asked about the charges against the arrested MLA, Ms Arora said the liquor kept inside the godown was stolen and investigations pointed toward his role in it theft. Further investigations are on, she said.

Police said that few more arrests in the case had been made earlier.

The arrest of the ex-legislator comes close on the heels of the Haryana government setting up a special investigation team (SIT) to probe the alleged theft of seized liquor from two godowns in Sonipat district.

Besides the two godowns in Sonipat, the SIT will check the actual availability of stock in all warehouses and godowns that were sealed by the excise department in the last two years for any violation, which means that the SIT will check whether the stock of liquor which was there on the date of sealing is actually the same or not.

It will also collect and collate the result of investigation of the FIRs registered from March 15 till April 10 in different parts of the state for pilferage of liquor from godowns and also from malkhanas (strong rooms) of police stations.

The Haryana Police had last week seized Rs 97 lakh in cash, two pistols and three mobile phones besides a sports utility vehicle following a raid in a house to arrest the prime accused in the case of missing liquor stocks from the two godowns in Sonipat.

The Sonipat police raided the house of accused Bhupinder Singh, but he managed to escape, said officials.

However, later on, he surrendered before the police.

The godowns in Sonipat, from where the liquor stock was reported missing, were stated to belong to accused Bhupinder Singh's wife.

Satvinder Rana, who was in Congress earlier, had unsuccessfully contested the 2019 Assembly elections as a Jannayak Janta Party candidate. JJP is a coalition partner of the BJP in Haryana.

JJP sources said that Satvinder Rana had joined the party a day before tickets were allotted by the party to their candidates for the last assembly polls. He does not hold any post in the party now, sources said.