The attack at India's second-highest ranked university may worsen weeks of tensions between the government and students, who have taken to the streets to protest plans to implement a religion-based citizenship law and a citizens' registry. 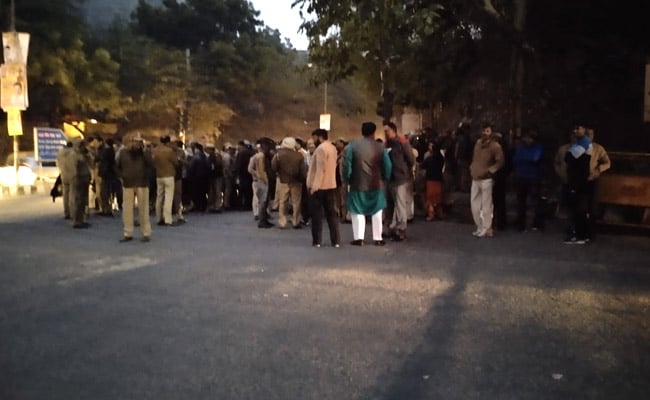 The Jawaharlal Nehru University campus was attacked by some masked goons.

Masked assailants stormed the Jawaharlal Nehru University in New Delhi Sunday night in a violent attack on students that risked escalating protests against the government.

Members of students groups allegedly affiliated with Prime Minister Narendra Modi's Bharatiya Janata Party attacked hostels in the university with rods and batons, injuring dozens of students and some professors, said N. Sai Balaji, national president of the All India Students Association. As video clips and photographs of the attacks spread on social media, groups of students in Mumbai, Kolkata, Pune, Hyderabad and Uttar Pradesh gathered to protest the violence, NDTV reported.

The attack at India's second-highest ranked university may worsen weeks of tensions between the government and students, who have taken to the streets to protest plans to implement a religion-based citizenship law and a citizens' registry, which protesters say violates the country's secular constitution and discriminates against Muslims.

I, as Standing Counsel @DelhiPolice, hang my head in shame after witnessing video clips of goons merrily entering JNU campus, creating mayhem &grievously injuring innocent students, damaging public property and then exiting the campus in capital city. Where is our force @CPDelhi?

Yogendra Yadav, national president of the Swaraj India party, who was injured in the violence tweeted that police took no action to stop the attacks.

"This attack is bound to galvanize a growing protest movement that has already been motivated by earlier violent assaults against students, including another attack at JNU," said Michael Kugelman, senior associate for South Asia at the Wilson Center in Washington. "The takeaway here is that tensions between students and their government will intensify, and with no off ramps in sight."

Home Minister Amit Shah, who earlier said protesters should be punished for spreading misinformation on the new laws, ordered a probe into the JNU attacks.

Mr Shah's ministry, which has shown no interest in reconciliation with student protesters who've called for a repeal of the Citizenship Amendment Act and the national citizens' registry, is also due to start work on building a comprehensive identity database of all those living in India starting in April. In addition to the deepening unrest, the move also threatens a showdown with some states including Kerala and West Bengal, which have halted work on the population register.

The JNU attack was condemned by India's foreign and finance ministers Subrahmanyam Jaishankar and Nirmala Sitharaman, both alumni of the university. Anand Mahindra, chairman of Mahindra & Mahindra Ltd. and Kiran Mazumdar Shaw, founder and chairman of Biocon Ltd. also tweeted against the attacks.

These strong condemnations are important "given that the government has maintained a radio silence about the toll that the violence has taken on peaceful protesters," Kugelman said. "This certainly doesn't indicate any forthcoming course correction at the top, but at the least it may signify a recognition from senior officials of the troubling trend lines in India today."