India's leading football body has made several proposals to the Supreme Court to get the FIFA suspension lifted. 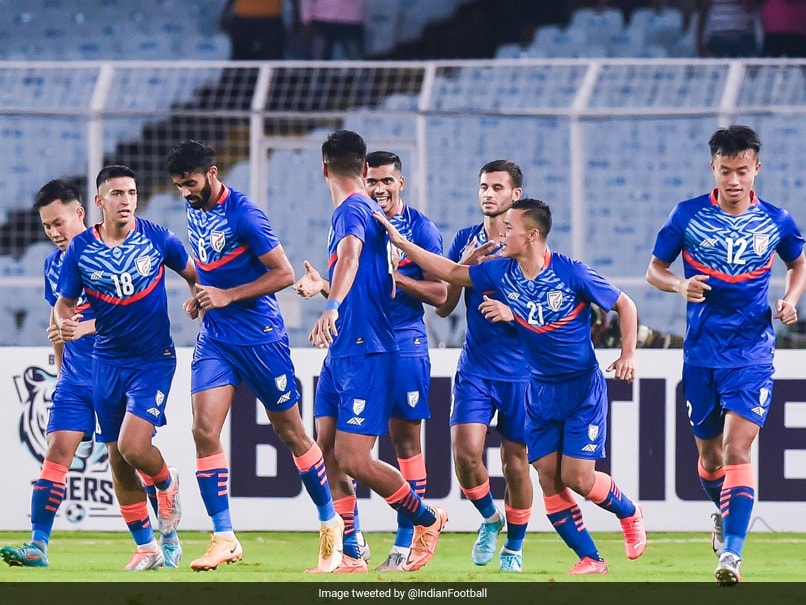 FIFA had cited "undue influence from third parties" in its suspension order.

A week after FIFA, the world's top football body, suspended the All India Football Federation (AIFF) with immediate effect over "flagrant violations of the FIFA Statutes", India's leading football body has made several proposals to the Supreme Court to get the suspension lifted. These proposals are based on the Centre's talks with FIFA.

In a hearing today, AIFF proposed that its administration and management should be conducted by a duly elected body but not in any case by a third party (i.e. the Committee of Administrators, or CoA), and hence the tenure of the CoA should be over.

"Suspension of AIFF is disastrous for the entire nation and all football players," Solicitor General Tushar Mehta, appearing for the Centre, told the Supreme Court.

FIFA had cited "undue influence from third parties" in its suspension order. It also said the U-17 Women's World Cup, scheduled to be held in October this year, "cannot currently be held in India as planned".

The Centre has urged the Supreme Court to end the tenure of the Committee of Administrators (CoA) and direct that the day-to-day management of the All India Football Federation shall be looked after by the AIFF administration led by the acting Secretary General. It also asked the top court to start the election process 'de novo' (from the beginning).

On August 3, the Supreme Court ordered the holding of AIFF elections under the aegis of the CoA on August 28, giving 36 eminent players voting rights. But the FIFA, which was not in favour of individual members forming the electoral college, suspended the AIFF on August 15.

The Supreme Court had appointed the three-member CoA headed by former top court judge AR Dave to run the affairs of the AIFF in a May 18 order while ousting Praful Patel as president of the national federation.

However, following the suspension, the top court said, "we ask Centre to take a proactive role to hold the U17 World Cup and lifting of the suspension of AIFF be facilitated."

The AIFF has proposed that the voters' list should consist of representatives of state/UT member associations of AIFF only, and should not include players.

It further suggested to the top court that an independent electoral committee be elected by the AIFF general assembly to conduct the elections of a new executive committee.

"The AIFF constitution is to be revised in accordance with the requirements of FIFA and the Asian Football Confederation. The same should be approved by the AIFF General Assembly without interference from a third party (i.e. CoA)," it said.

The AIFF wants the role of CoA in AIFF to end on August 23 and elections to be held at the earliest so that the newly elected body can take over the affairs of AIFF and FIFA can revoke the suspension.

The Centre has proposed deferment of elections scheduled for Aug 28 by a week. This is necessitated because of the changes in the nomination process, it said.

The Supreme Court has taken up the crucial hearing today on the request of the sports ministry after the FIFA suspension.