"Nothing more important than preservation of life," the Supreme Court said. 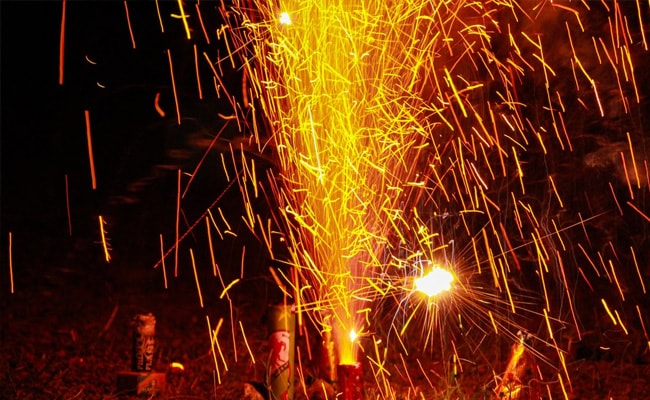 "We are in a situation where life itself is danger," the Supreme Court has said.

The Supreme Court today rejected a plea against a Calcutta High Court order against a ban on firecrackers, saying "life itself is in danger".

"We understand these festivals are important. We are in a situation where life itself is danger...There can be no greater value than the preservation of life itself," Justice DY Chandrachud of the two-member bench said. Justice Indira Banerjee is the other judge o the bench.

"There cannot be anything more important than the preservation of life in the current pandemic. Life is itself in danger now and people should come together to deal with the problem," the top court said.

The Supreme Court today was hearing through a video link an appeal against the November 5 Calcutta High Court order banning the use of firecrackers in West Bengal for Diwali, Kali Puja, and Chhatt Puja. The ban was imposed in view of the coronavirus pandemic that has gripped the world.

That High Court order followed several Public Interest Litigation pleas sought a complete ban on fireworks in order to control air pollution. The Mamata Banerjee-led Trinamool Congress government, too, had appealed to the people to refrain from burning firecrackers.

On Tuesday, the Calcutta High Court refused to entertain a prayer for a two-hour window for the bursting of firecrackers during Diwali and Kali Puja. It directed the police to take action against any person selling or buying such items.

West Bengal has been adding over 3,000 new COVID-19 cases every day since the middle of August, and has never really seen a decline. With 4.1 lakh confirmed cases, the state has the eighth largest caseload in the country right now. But in terms of active cases, it is fourth, after Maharashtra, Kerala, and Delhi.

Besides West Bengal, a number of other states, including Delhi, Odisha, Rajasthan, and Sikkim, have proscribed firecrackers mainly owing to coronavirus.