February 11 Results Will Startle Everyone, Says Congress On Delhi Polls

Congress contested the Delhi Assembly polls in alliance with the Rashtriya Janta Dal (RJD). It fielded candidates on 66 seats leaving 4 for the RJD. 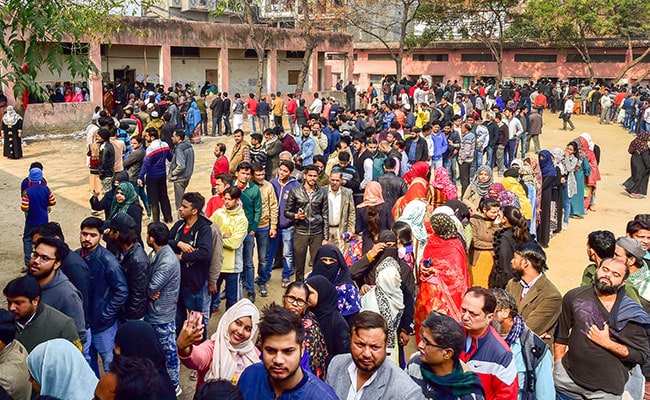 A day after polling in Delhi, the Congress on Sunday rubbished the exit poll results, most of which predicted little or no change in the party's fate from the 2015 polls, saying the result on February 11 will "surprise everyone". The Congress had ruled the city between 1998 and 2013 but drew a blank in the 2015 polls.

"Let others celebrate the exit poll results. I am confident that the results on February 11 will startle everyone," chief spokesperson of Delhi Congress Mukesh Sharma said.

The party's Delhi unit president Subhash Chopra told reporters that all his party candidates contested with full strength. "There are at least 20 candidates of the Congress who were involved in keen triangular contests. We reject the exit poll results."

Congress contested the Delhi Assembly polls in alliance with the Rashtriya Janta Dal (RJD). It fielded candidates on 66 seats leaving four for the RJD.

"We fielded the best candidates on all seats, campaigned sincerely and are positive of good performance," said Mr Sharma who himself contested from the Vikaspuri seat.

The final voter turnout in the Delhi polls stands at 62.59 per cent, down from 67.47 per cent in the 2015 assembly election, with exit polls predicting an easy win for AAP, which seeks to retain power on the development plank, against the BJP that ran an aggressive campaign centred around the issues of anti-CAA protests and nationalism.