Union Agriculture Minister Narendra Singh Tomar has admitted that there is a slight shortage of DAP and blamed international prices.

In Ashok Nagar, farmers are sleeping outside block headquarters to get a token to buy fertilisers

Long queues and loud protests by farmers can be seen across Madhya Pradesh as the acute shortage of fertilisers in the peak harvesting season drags on.

In Ashok Nagar, about 190 km from state capital Bhopal, hundreds of farmers have been sleeping outside the Mungaoli block headquarters so that they can get a token at dawn to buy fertilisers.

Farmers have been demanding adequate supply of the Di-ammonium phosphate (DAP) fertiliser widely used across the state.

Among the farmers waiting in queue at Ashok Nagar is Damodar Ahirwar. "We have to wait in a queue for the whole day, still we cannot get fertiliser," he said,

Mankanath Rawat said there is an acute shortage of DAP and that he needs the fertiliser for the harvest. 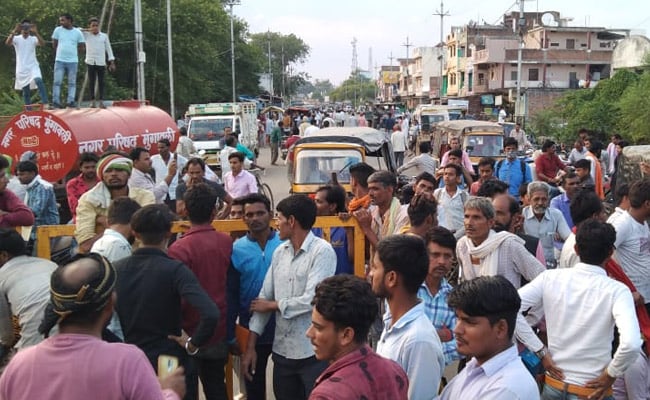 Earlier this month, a stampede-like situation was seen outside a cooperative society in Morena as farmers waited in queue for fertilisers. To control the situation, police resorted to lathicharge, visuals of which went viral.

This apart, road blockades by farmers in demand of fertilisers and instances of loot have also been reported in the state.

On Monday, Congress MLA from Banda in Sagar district, Tarwar Singh Lodhi, broke down in public, alleging that a stock of DAP fertiliser allocated to farmers of his constituency was diverted to Niwari where bypolls are due on October 30. "How can you divert fertiliser meant for my farmers to other places? I would die on the street to ensure DAP reaches them," he said.

Chief Minister Shivraj Singh Chouhan has directed officials to inform farmers about alternatives to DAP, such as manure, and to monitor available stocks. He has also promised strict action against black marketing of fertilisers.